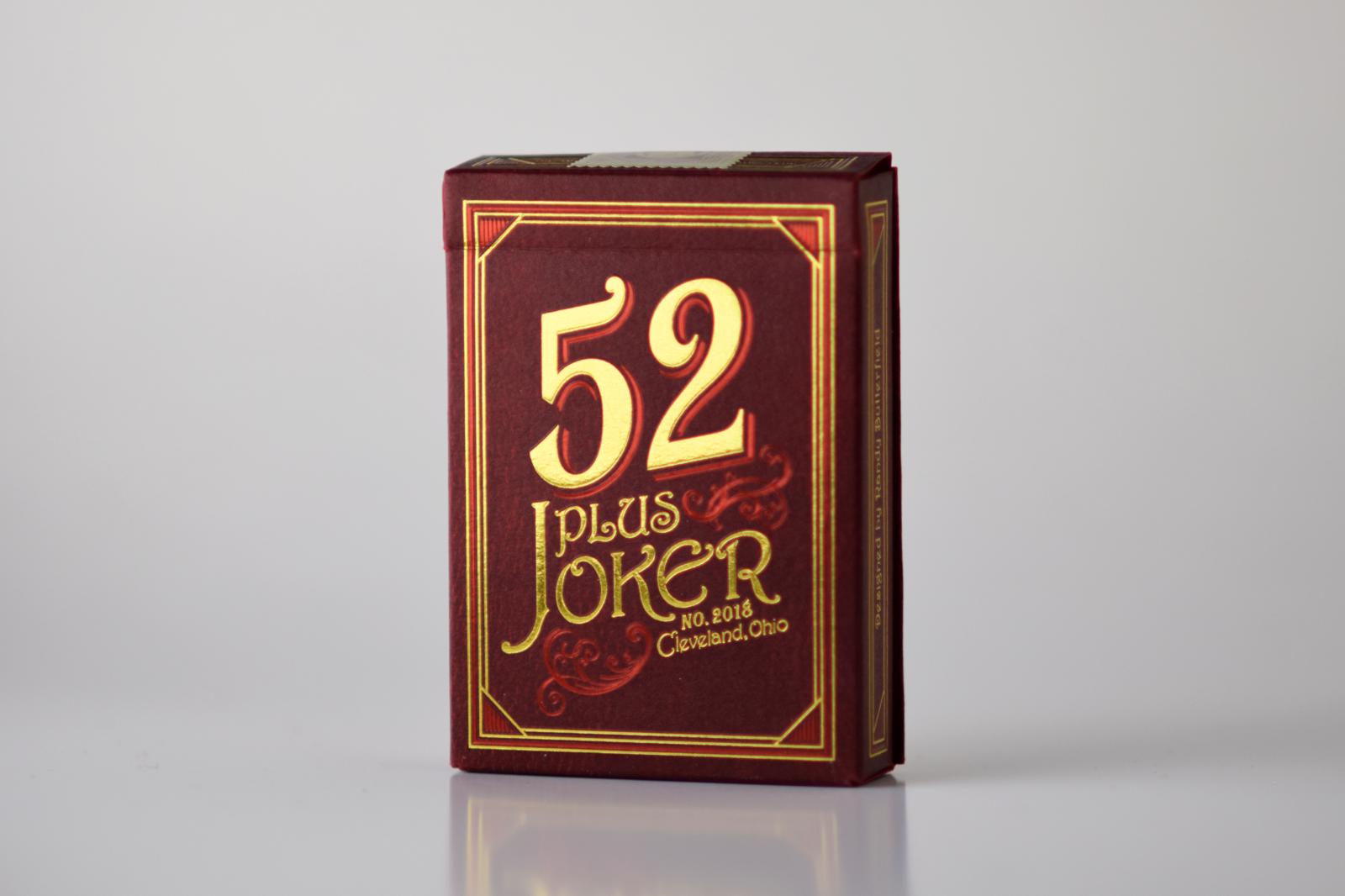 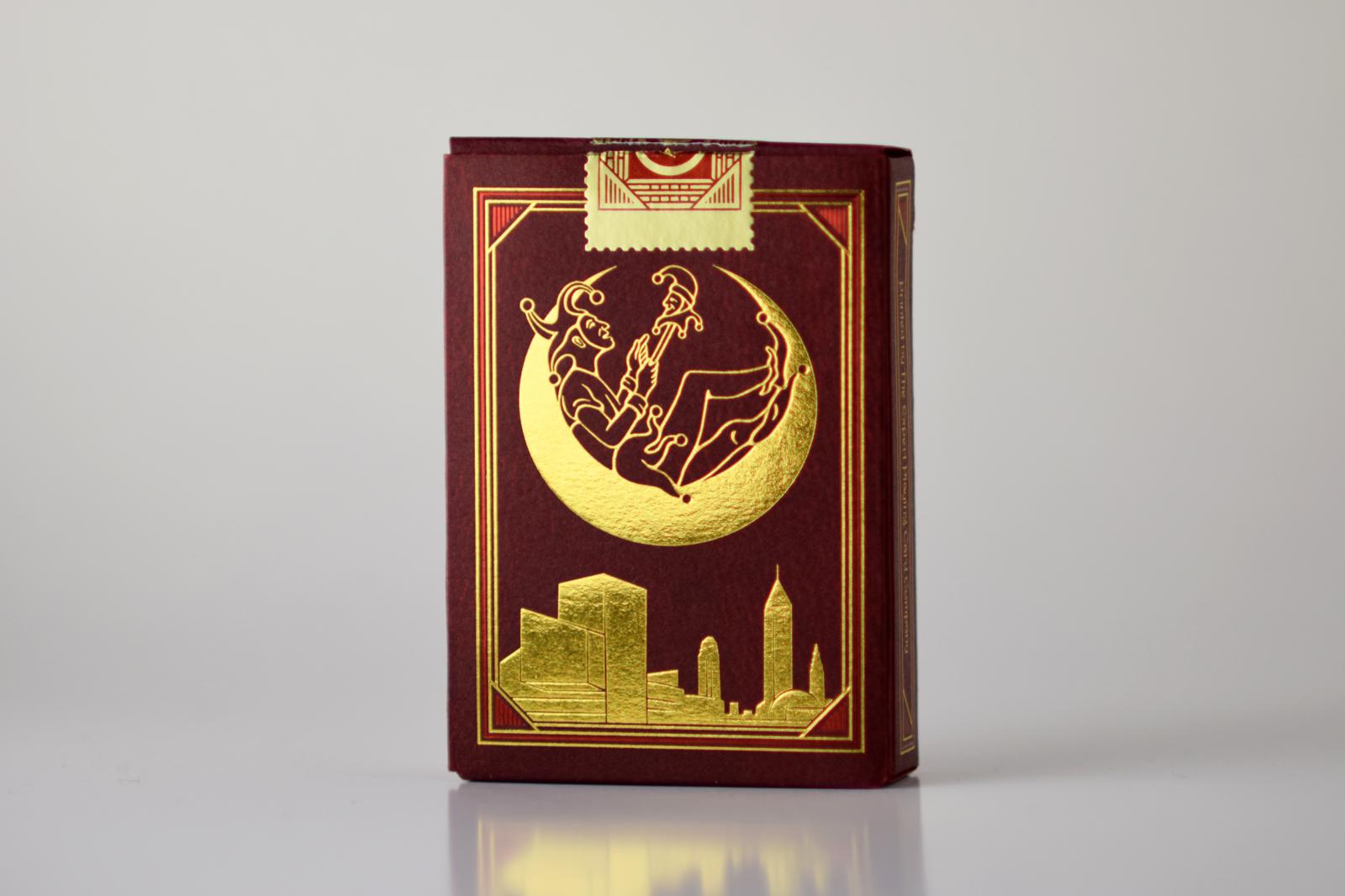 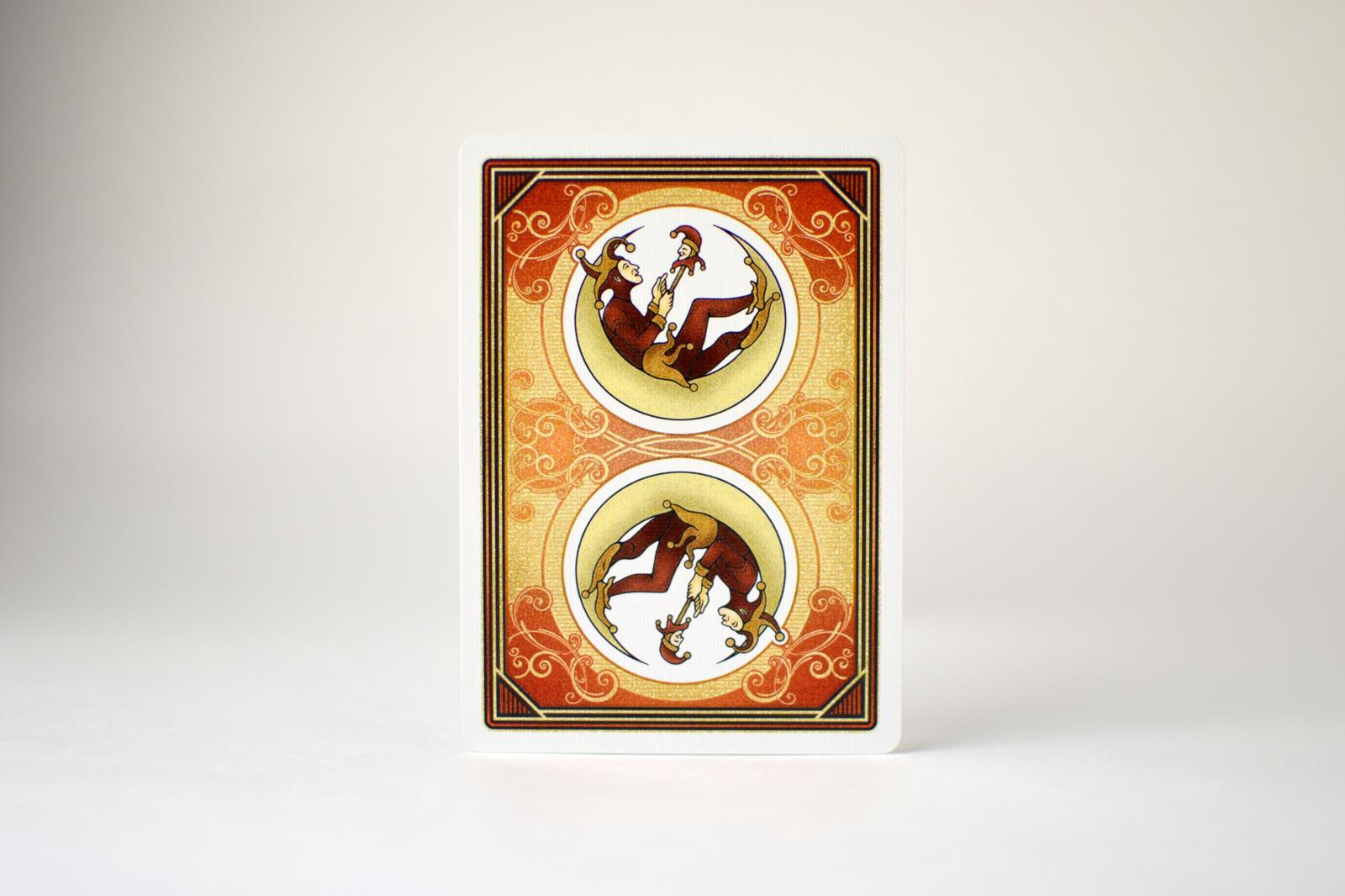 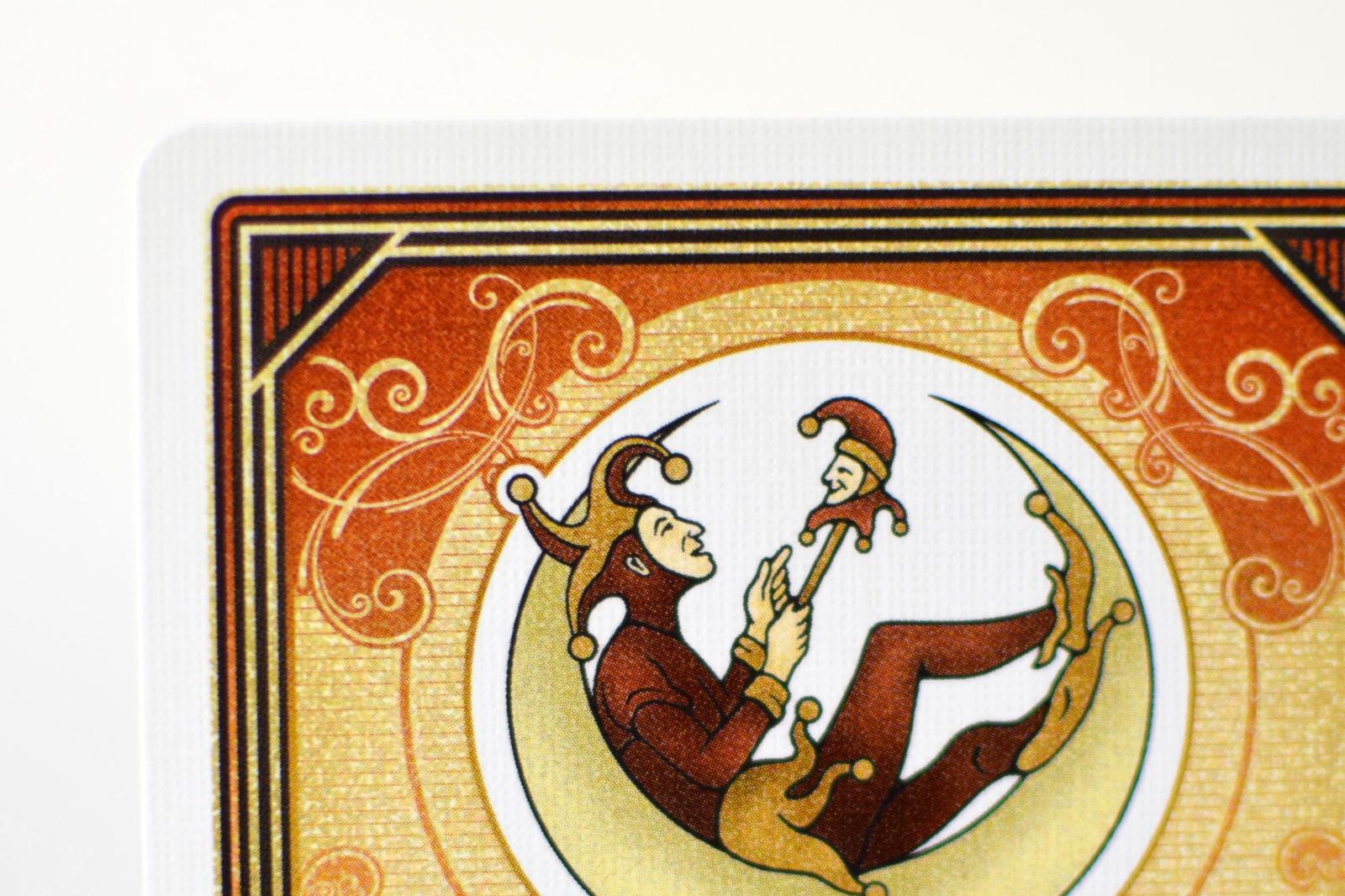 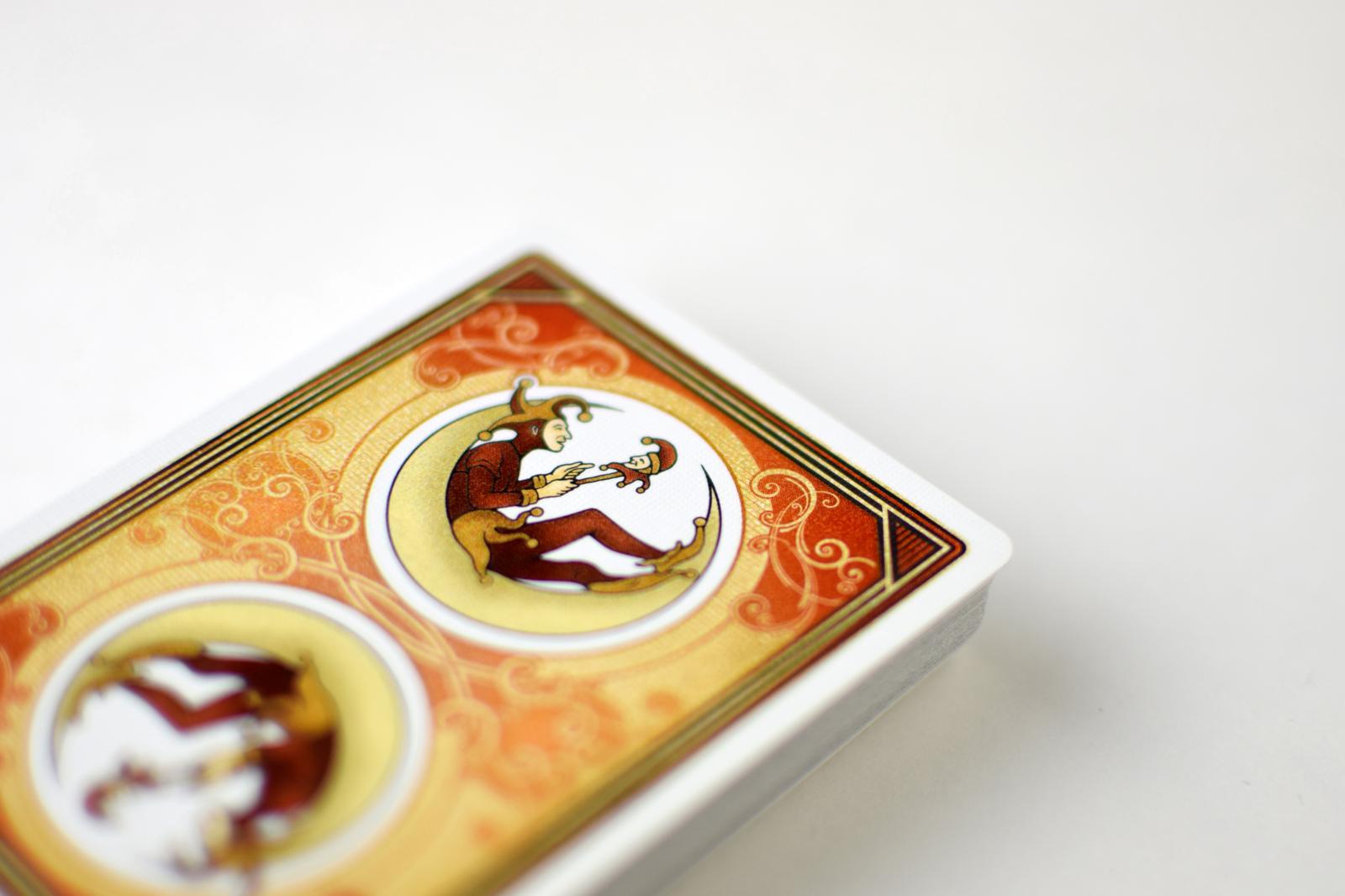 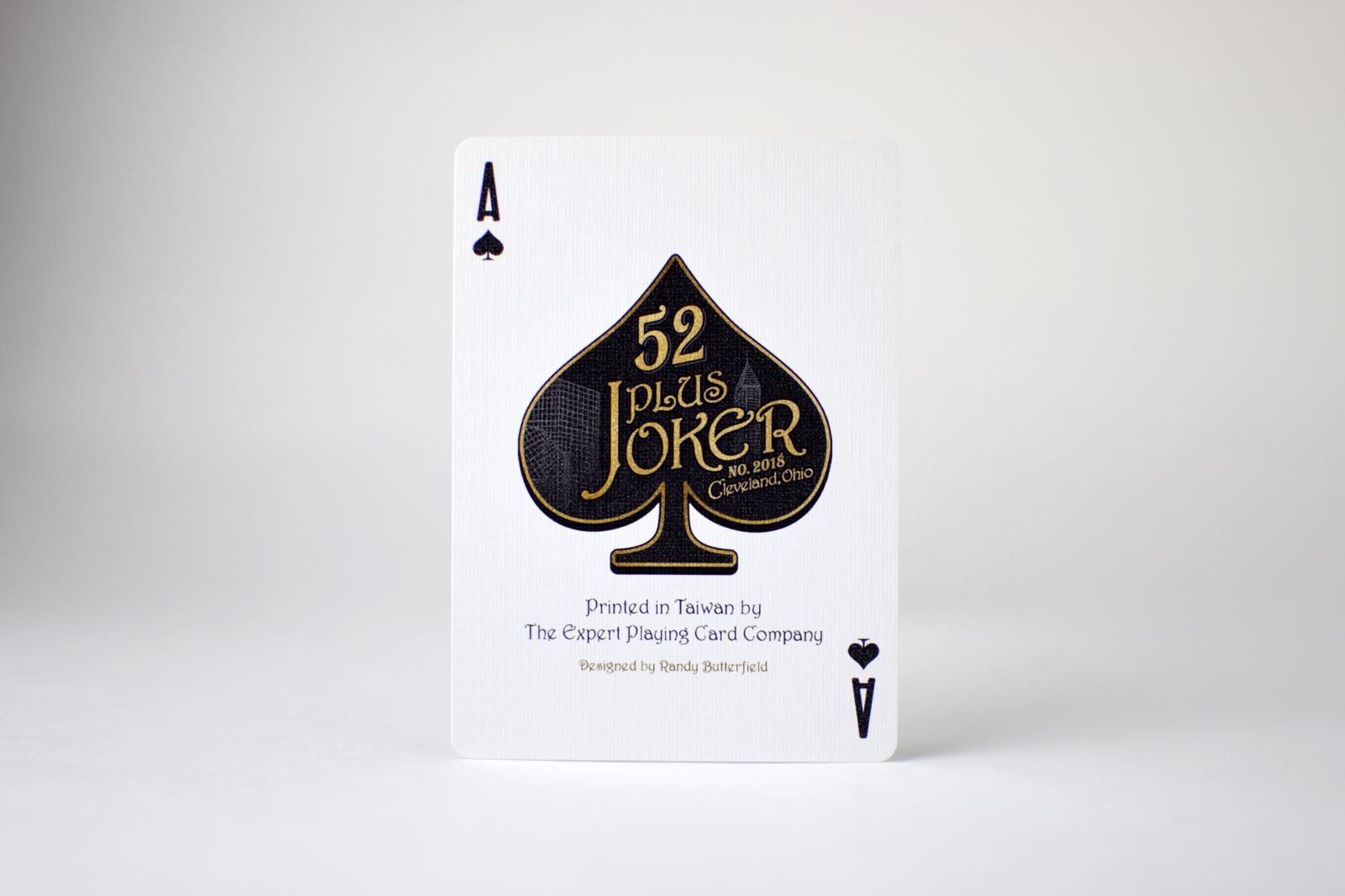 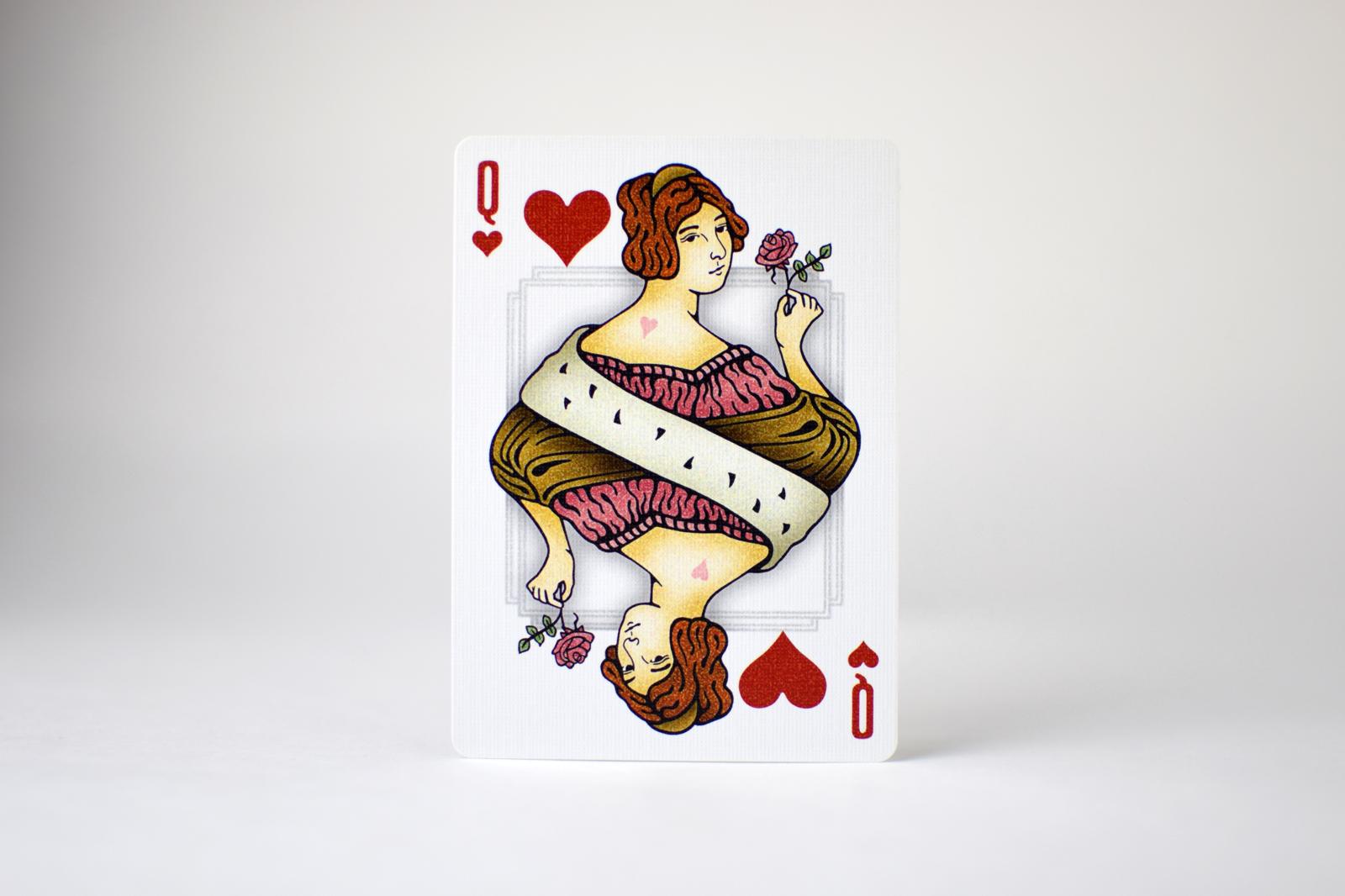 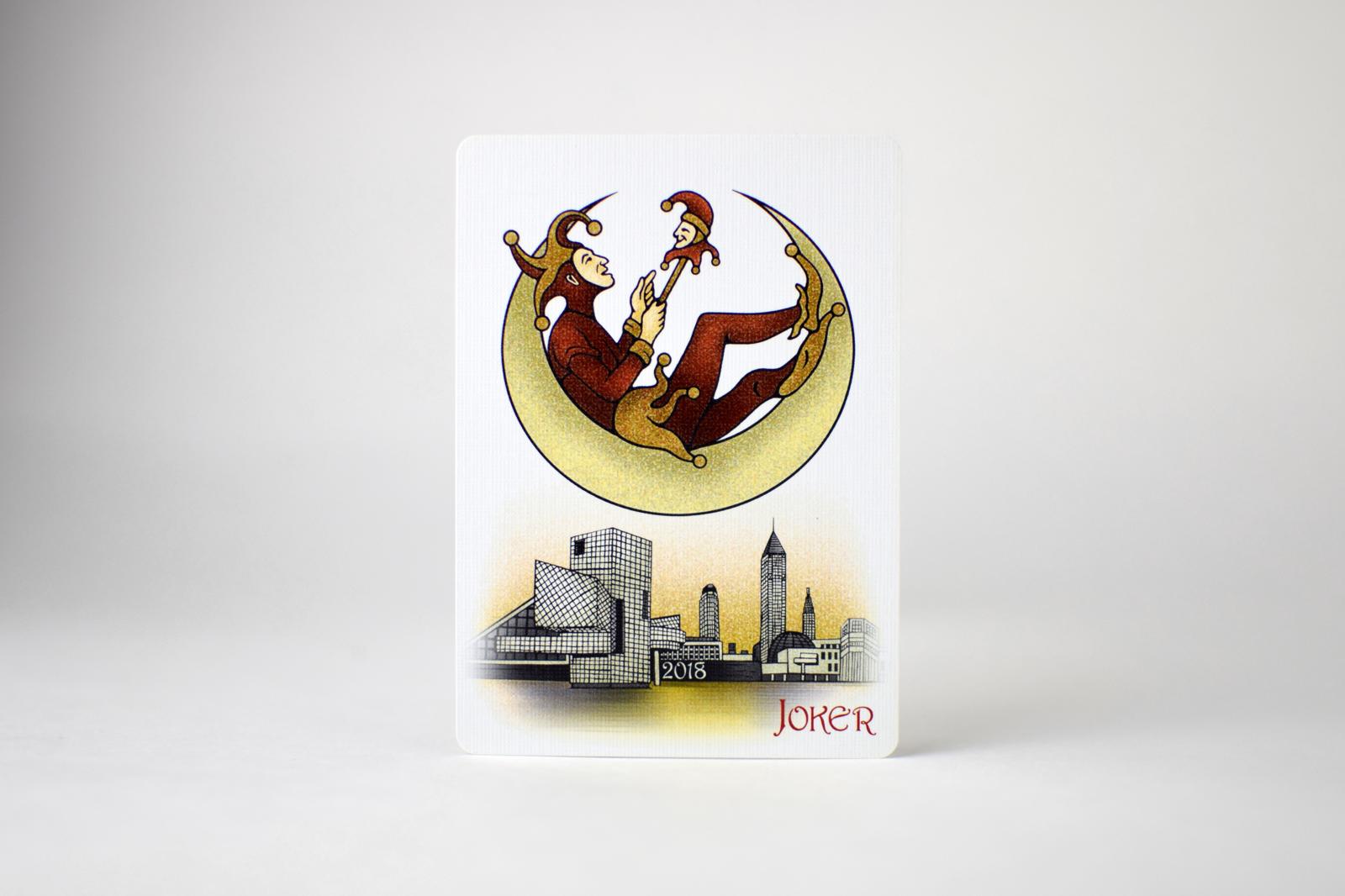 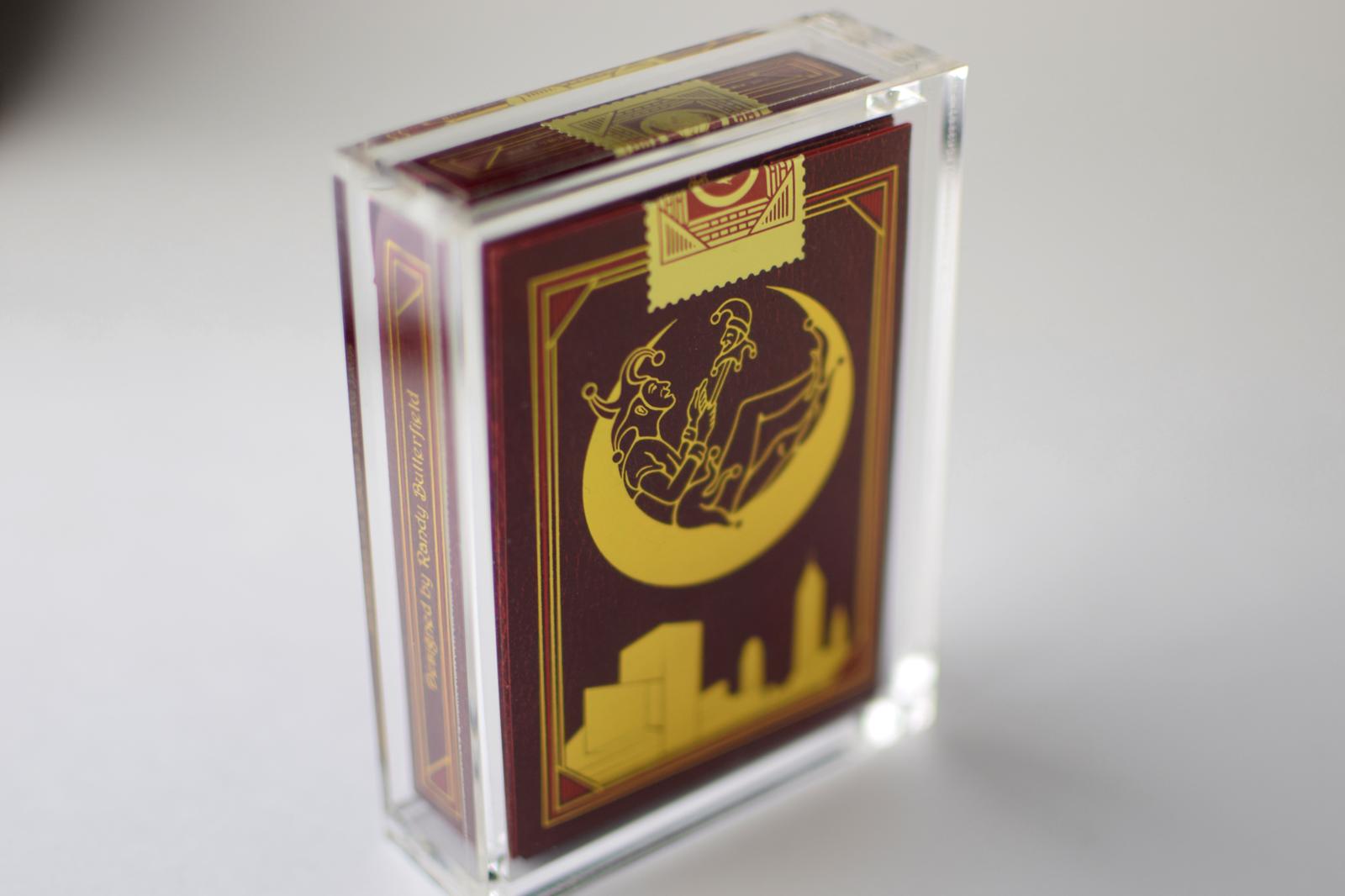 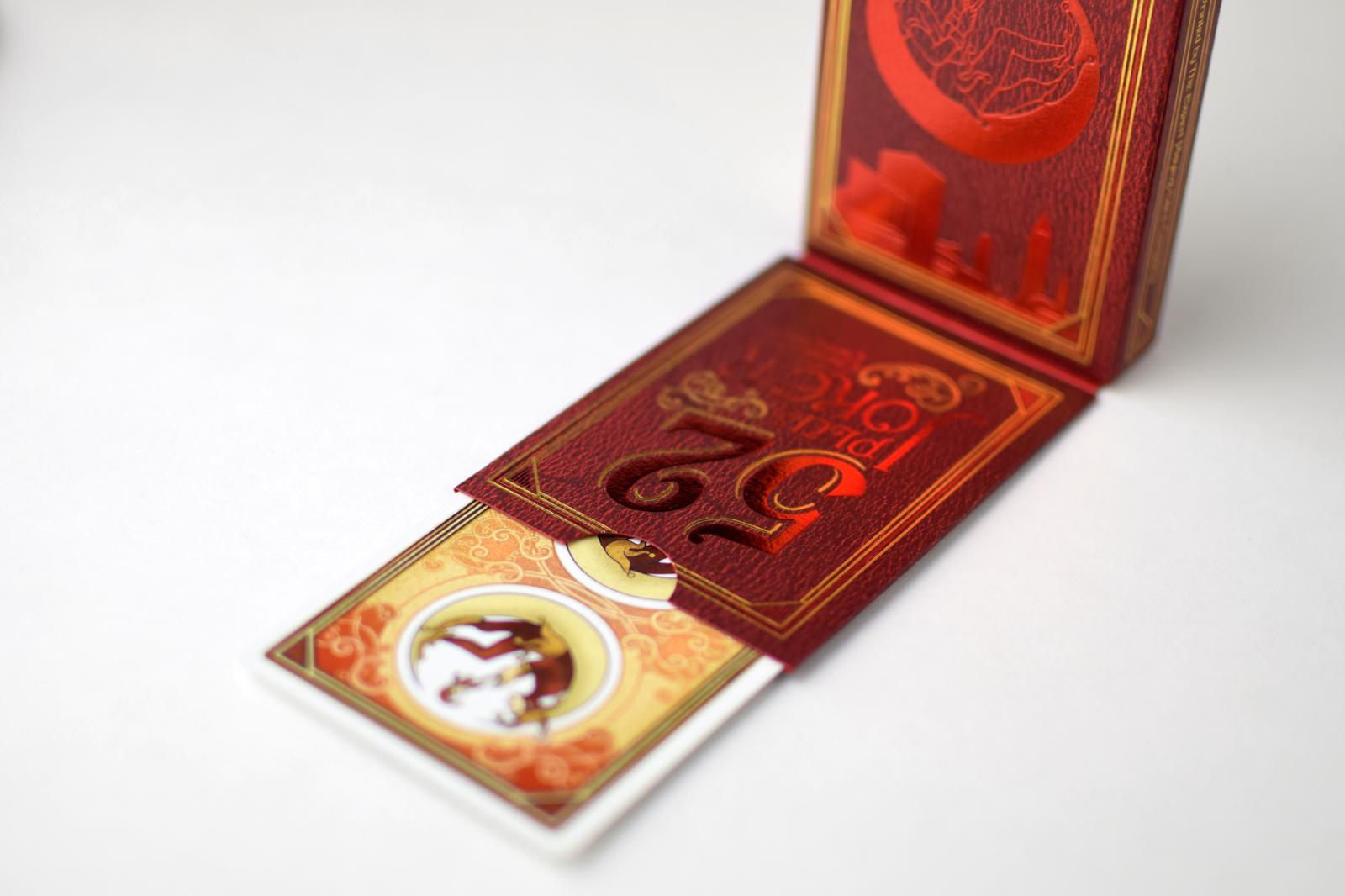 The 2018 52 Plus Joker Club deck was introduced at the 52 Plus Joker Convention in Cleveland, Ohio by designer by Randy Butterfield from Midnight Cards. Randy might be familiar through his previous deck designs that include the Draconian series, Oculus, LUXX, the Ornate series, Rome, and Grinders.

This year, Randy has designed a superb club deck that honors not just the club, but also the city of Cleveland. The tuck sports a brown colorway, a nod to the Cleveland pro football team, and the back of the box displays a gold silhouetted view of the Cleveland skyline.

Unlike previous club decks, Randy used gold foil only on the box, not on the cards. The cards themselves are subtle but still eminently elegant. The card backs and the joker feature the 52 Plus Joker logo, a jester, in brown. The color brown is also used in all the court cards.