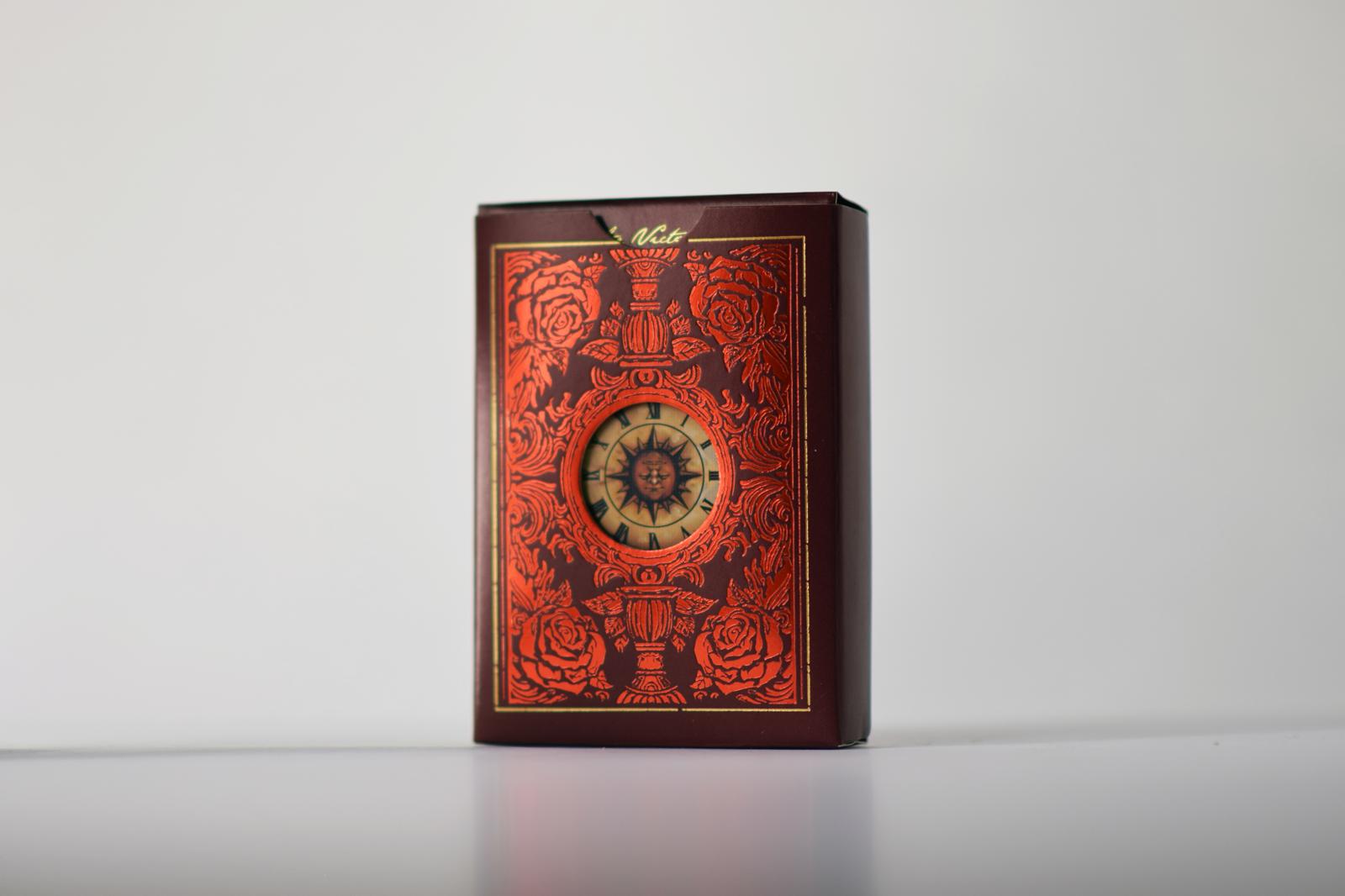 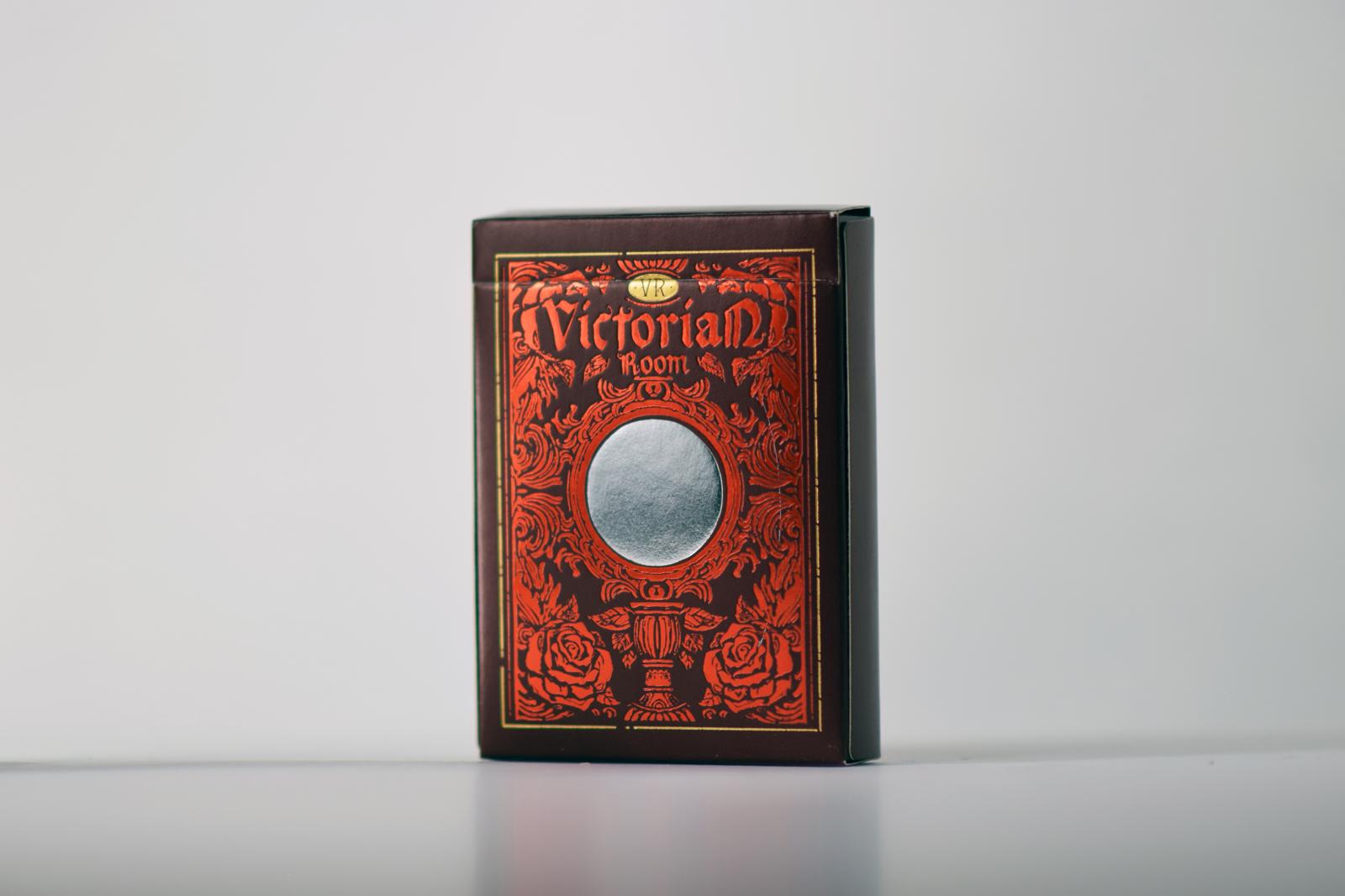 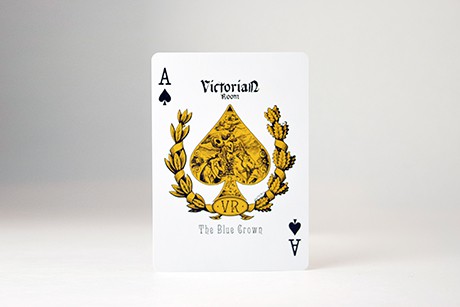 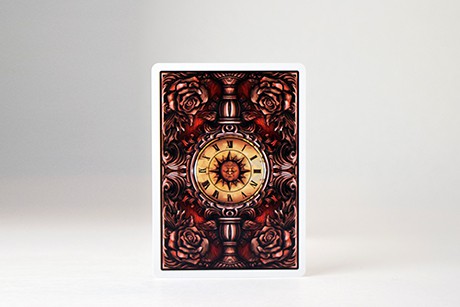 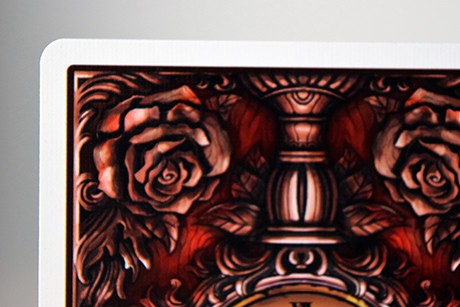 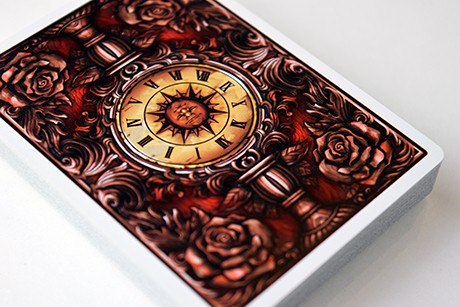 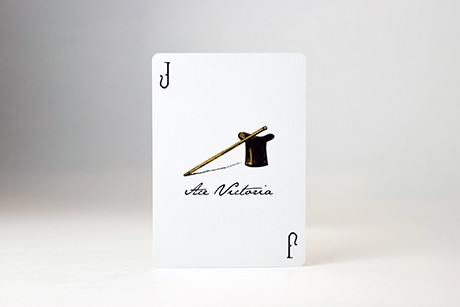 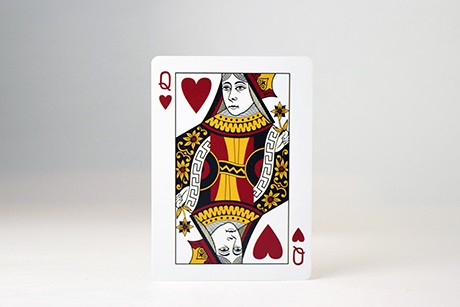 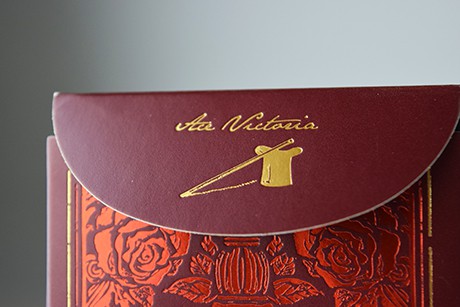 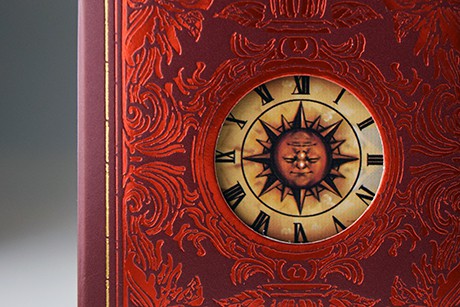 Our story begins 100 years ago – the year is 1916. A mysterious man travels the world teaching people his sleight of hand. He was the best of his day but not many knew how he looked like except the ones fortunate enough to meet him.

They called him Ace Victoria. Arthur “Ace” Victoria was born in Birmingham, England. He later moved to the U.S. at the start of the century where it was said he taught Erdnase himself a thing or two. His travels took him all over the world. Although very little is known of him, the majority of information was revealed in his journal, which was found years later in India. His custom card design was found sketched in the journal along with many secret techniques and sleights devised by Ace.

The Blue Crown has taken upon the task of restoring the artwork found in the old journal and reprinting this amazing deck of cards. Designed by Rudy Faber, and finalized by Edo Huang. Concept by Alex Mihailescu. Enter the Victorian Room.