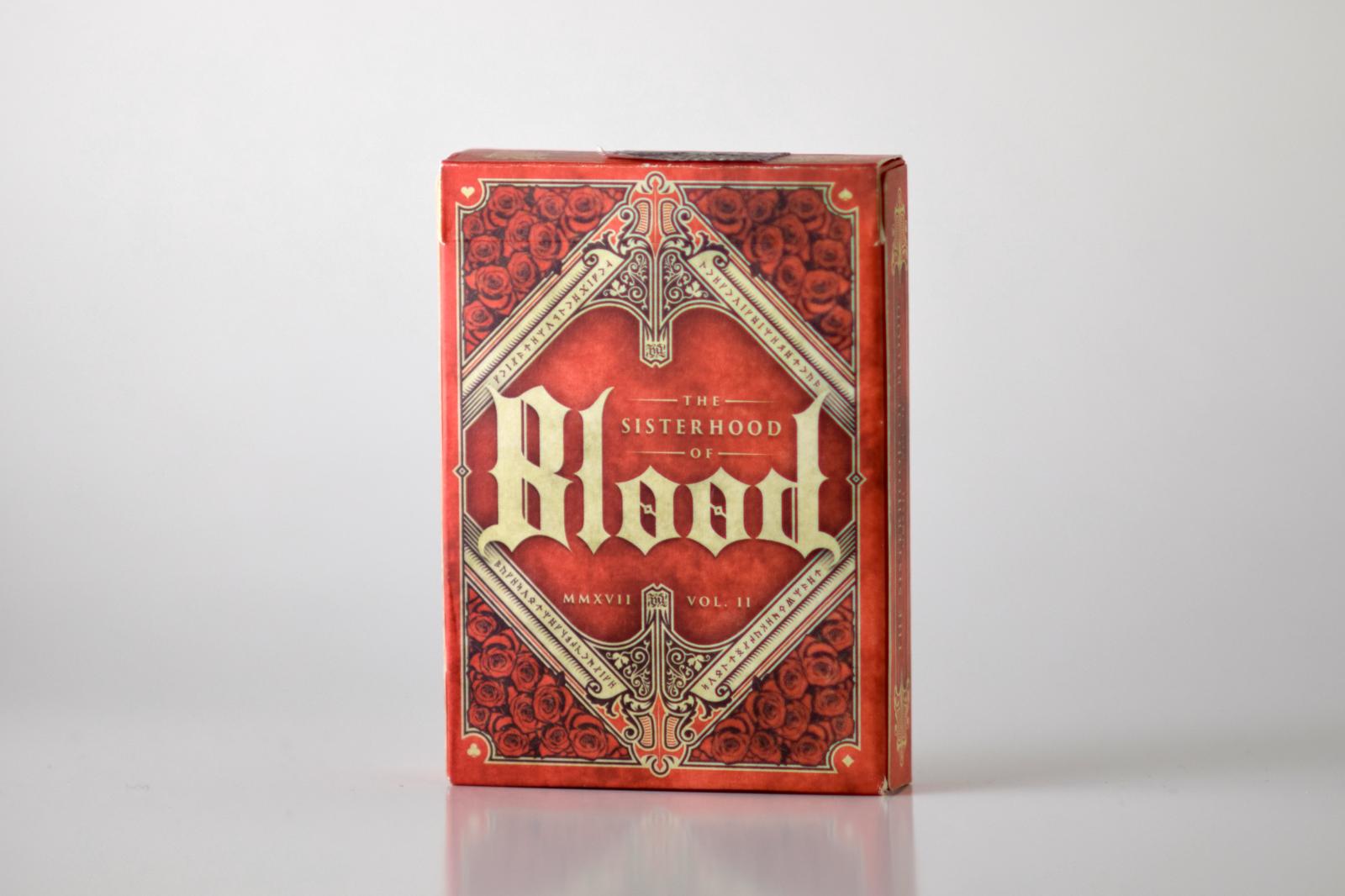 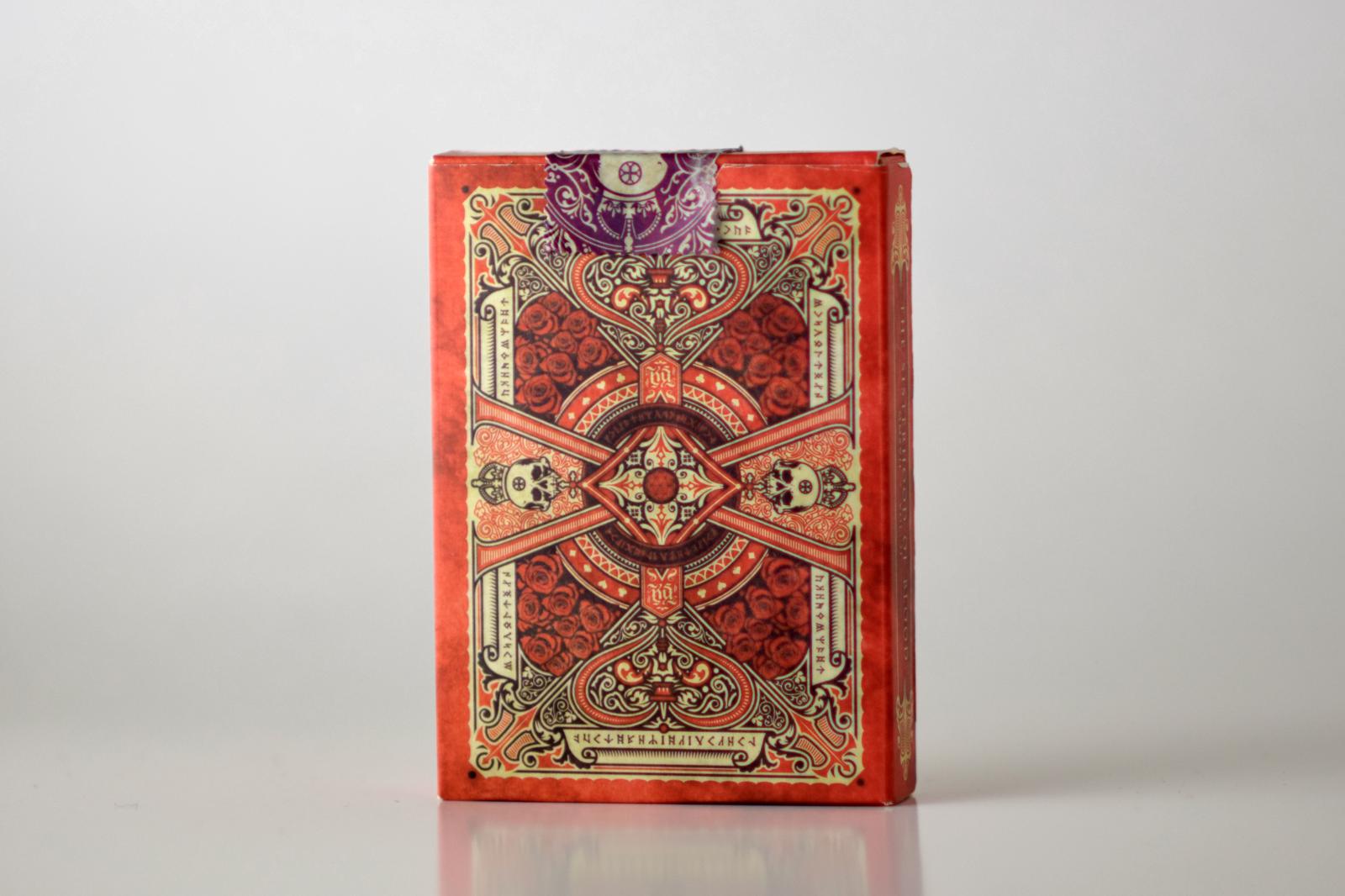 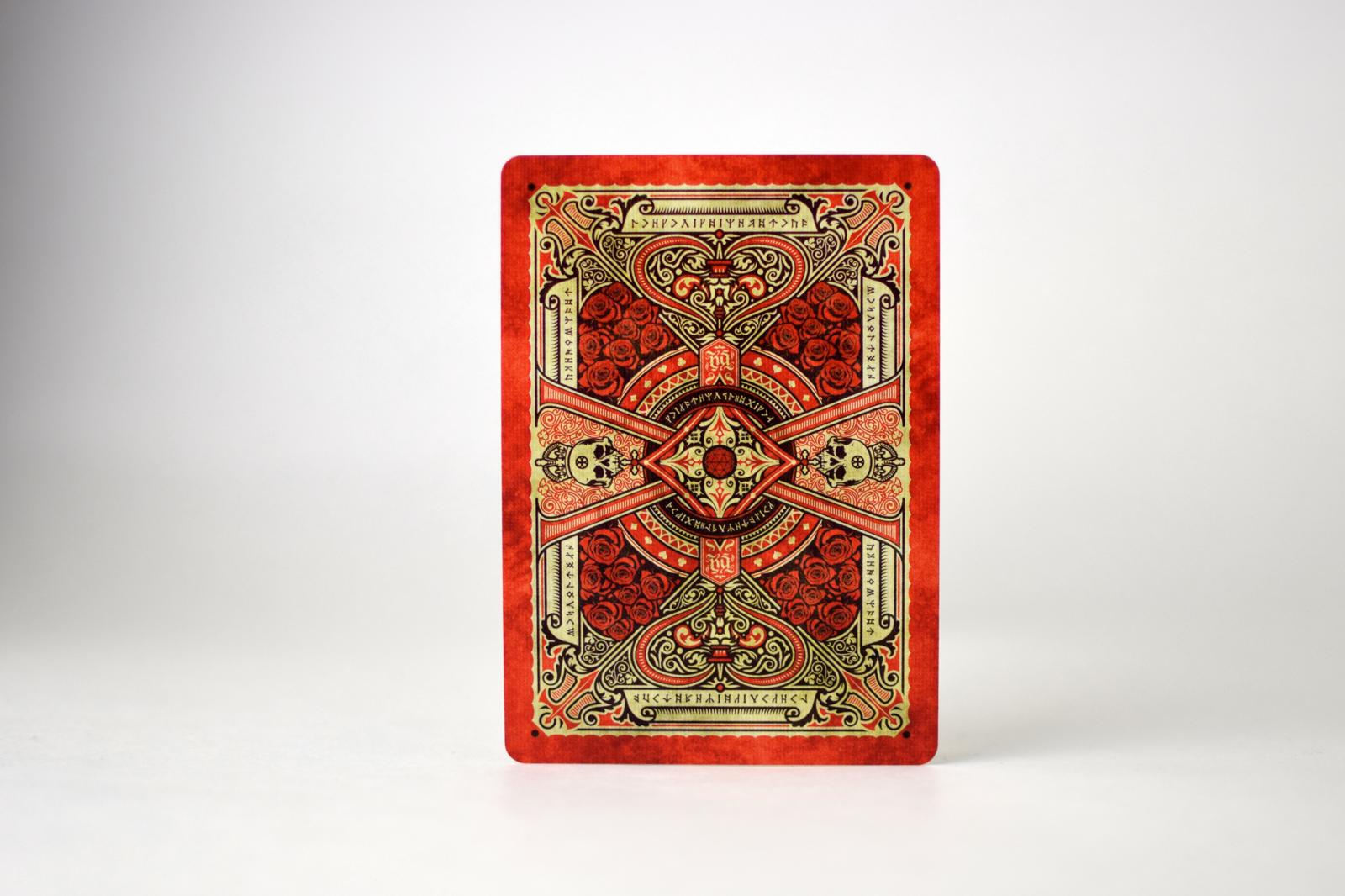 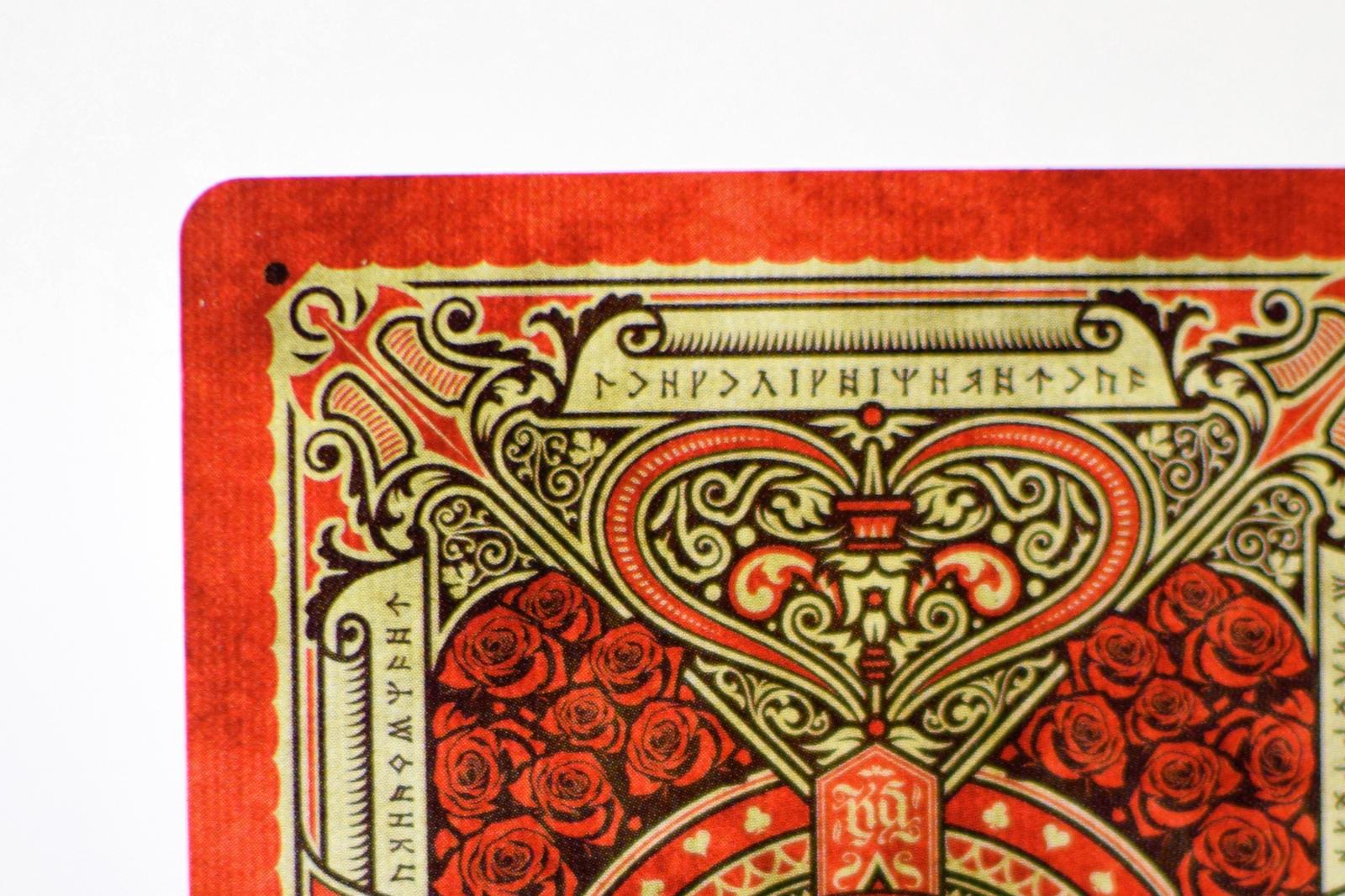 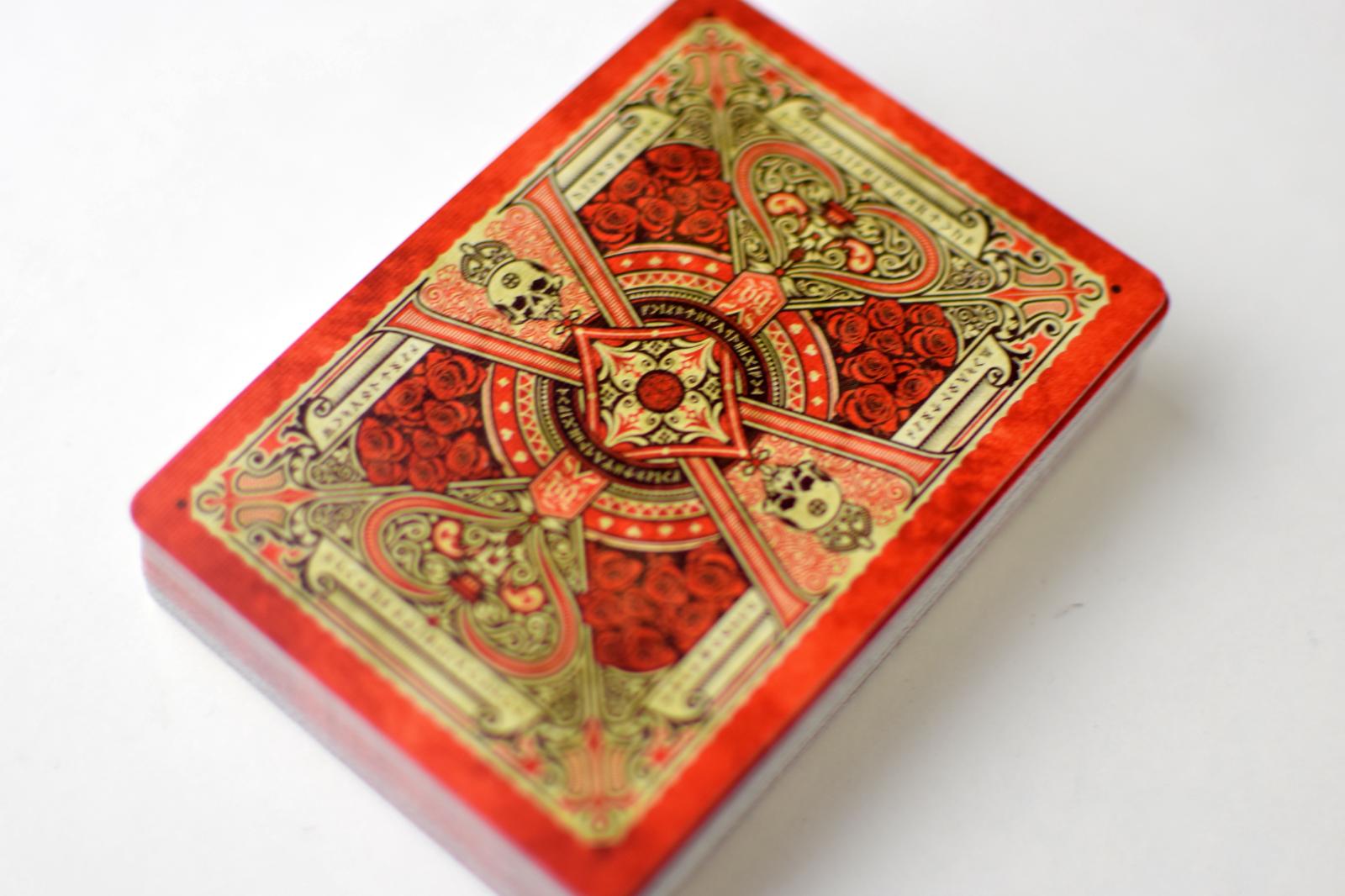 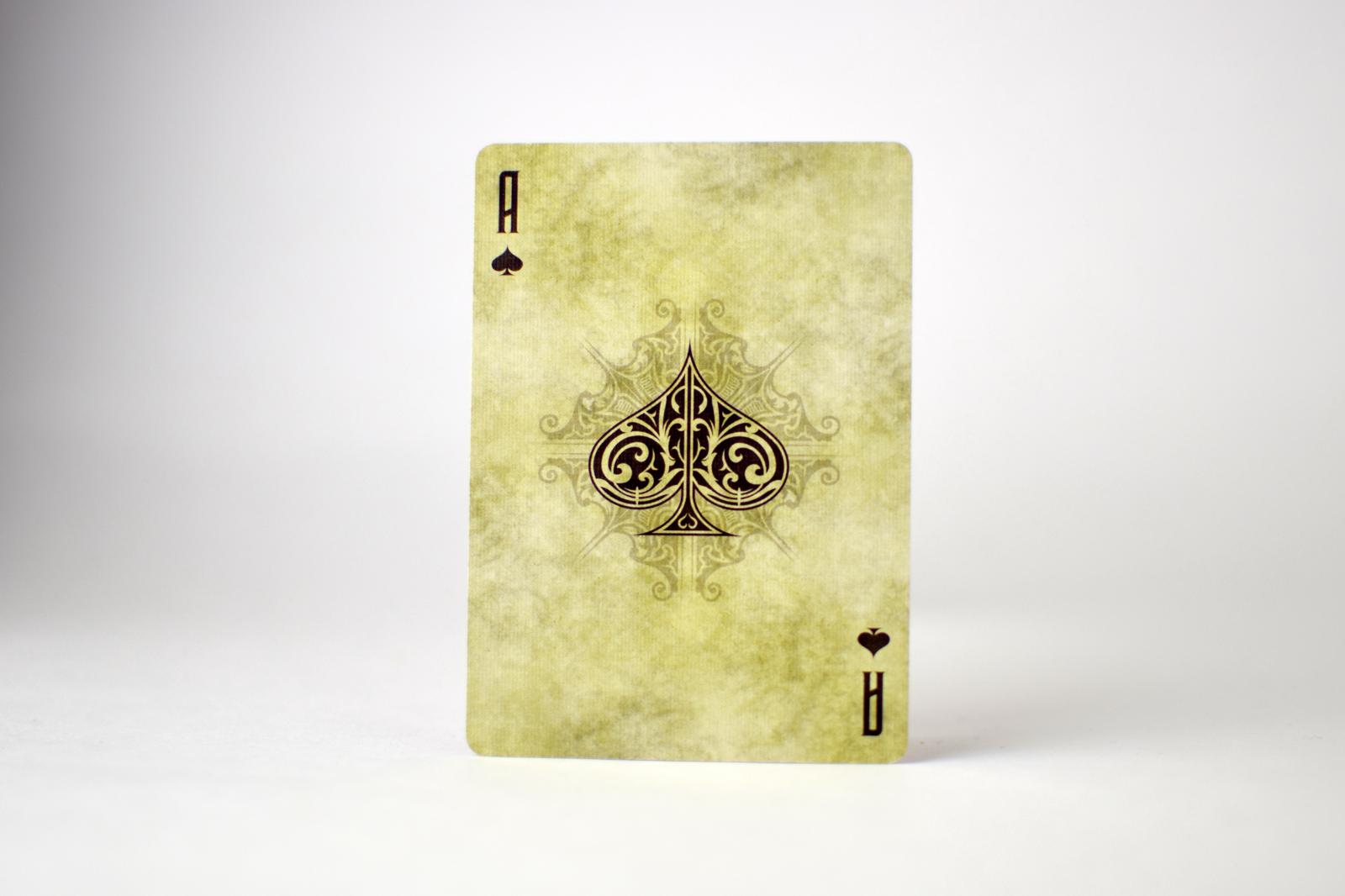 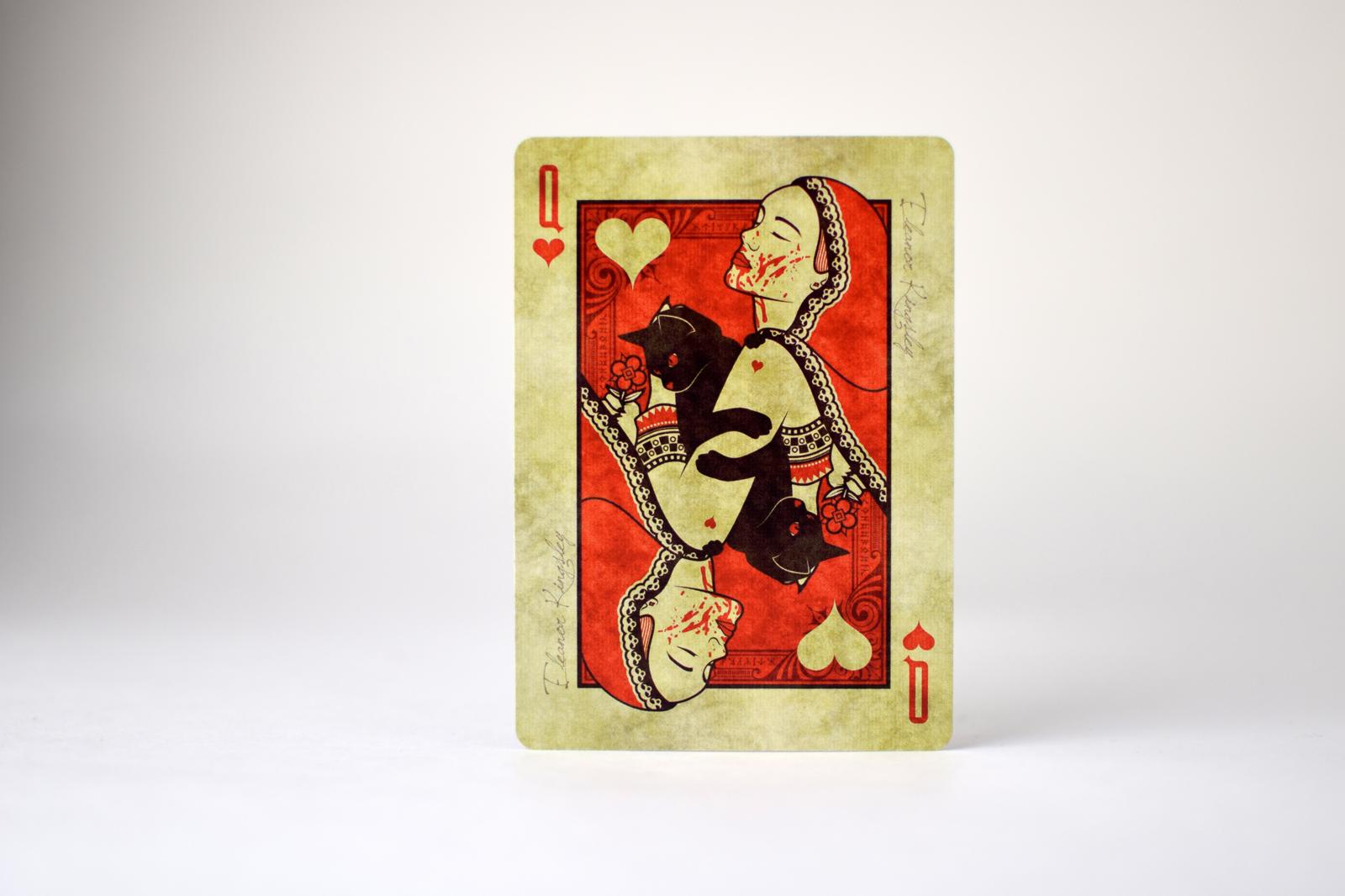 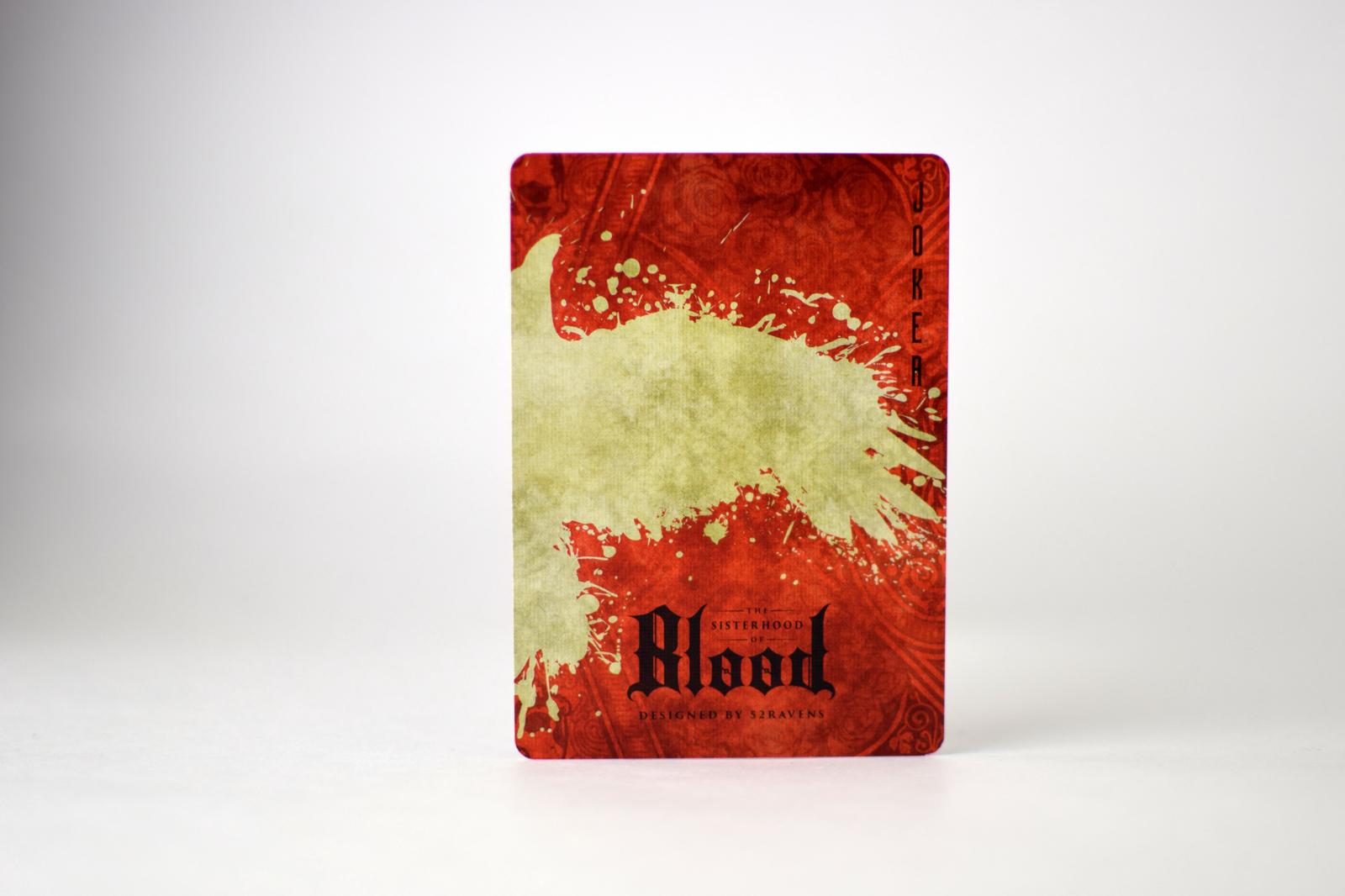 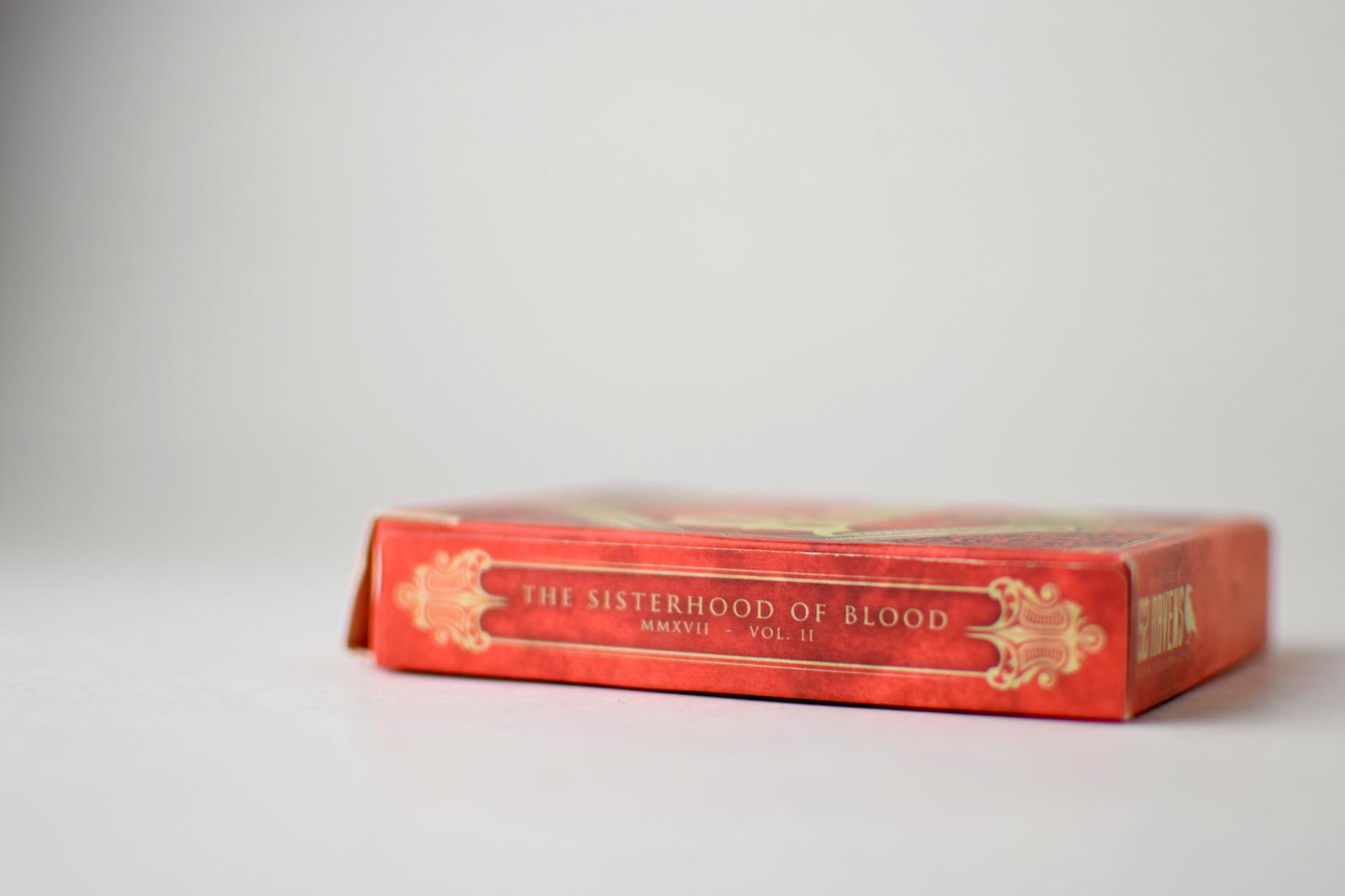 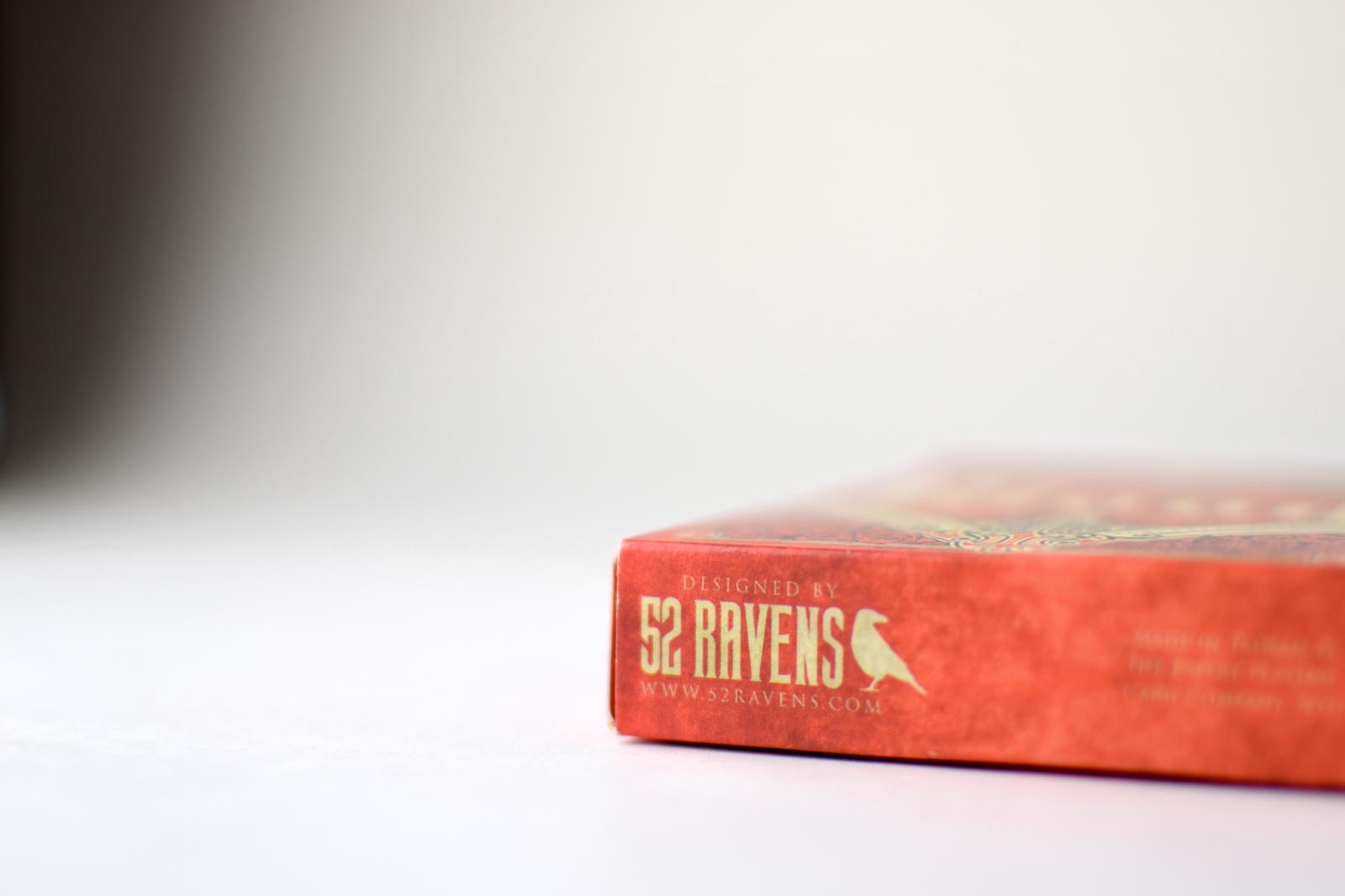 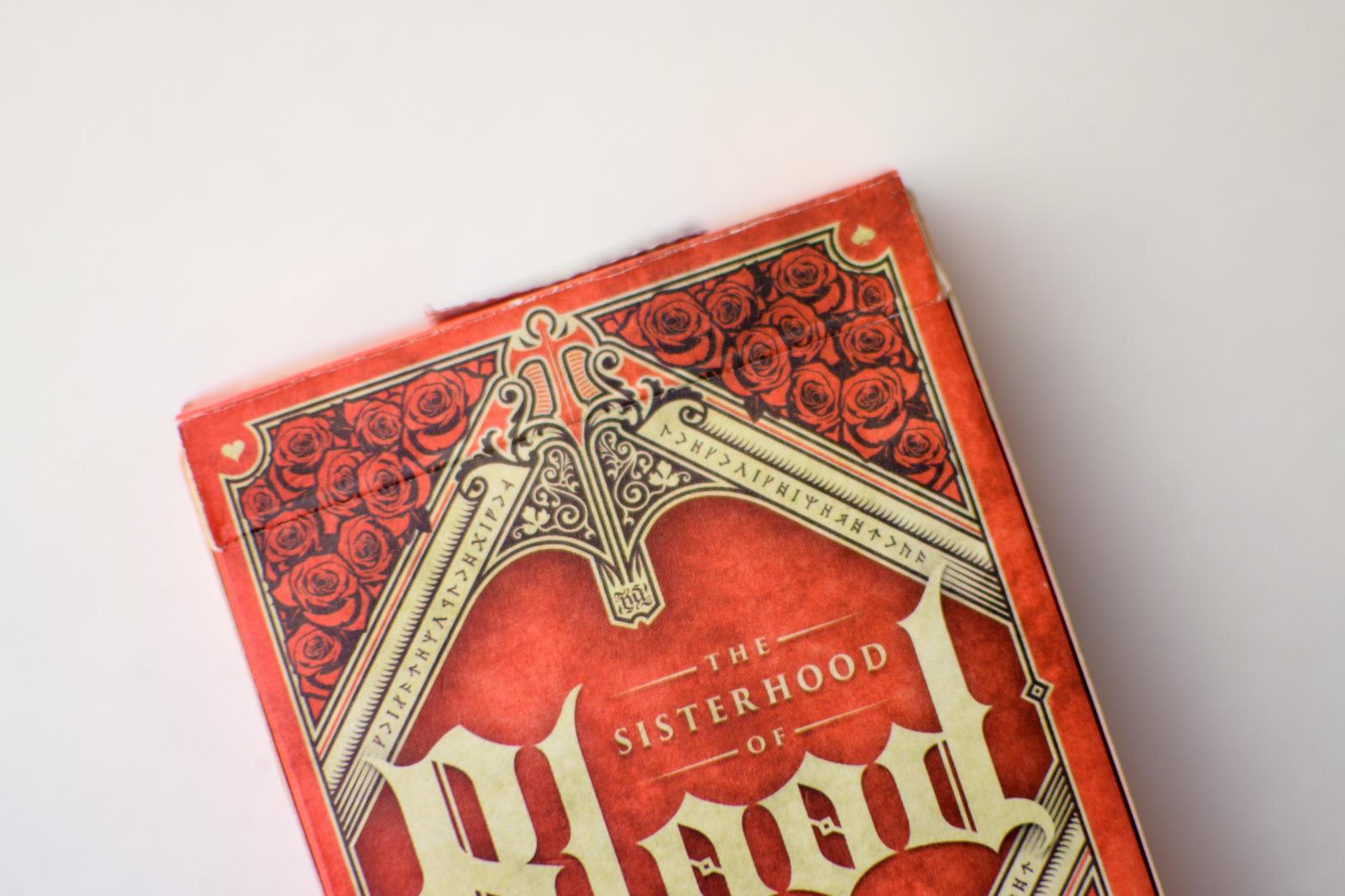 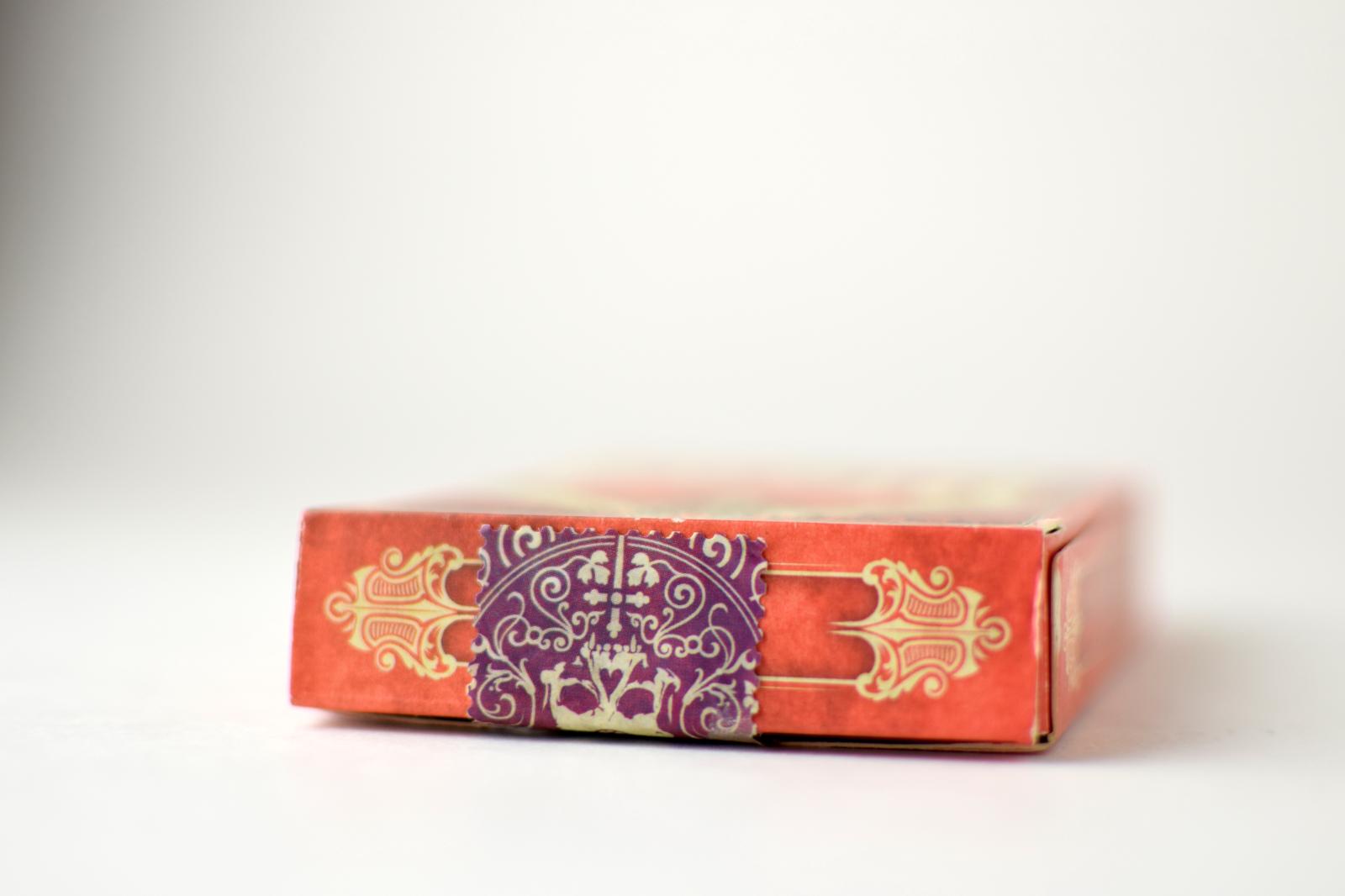 A deck of playing cards inspired by London vampires from the Victorian era. As with The Coven, this deck also features an all female cast of court cards. Each of them have a different story to tell, but together they become The Sisterhood of Blood.

Each of the vampires have names and backstories that help to bring these beautiful monsters alive. Along side this, each of the groups follow a theme, the Jacks have just fed, the Queens revel in their malice and the Kings immortality is coming to a close.

This is a custom deck but it maintains all the standard features of a normal deck of cards, to make it usable and easy to read. These features also include the hidden ones such as the one eyed Jacks and the suicide King.

The Jokers come together to form the Raven created out of blood. The inside of the tuck box is also splattered with blood.