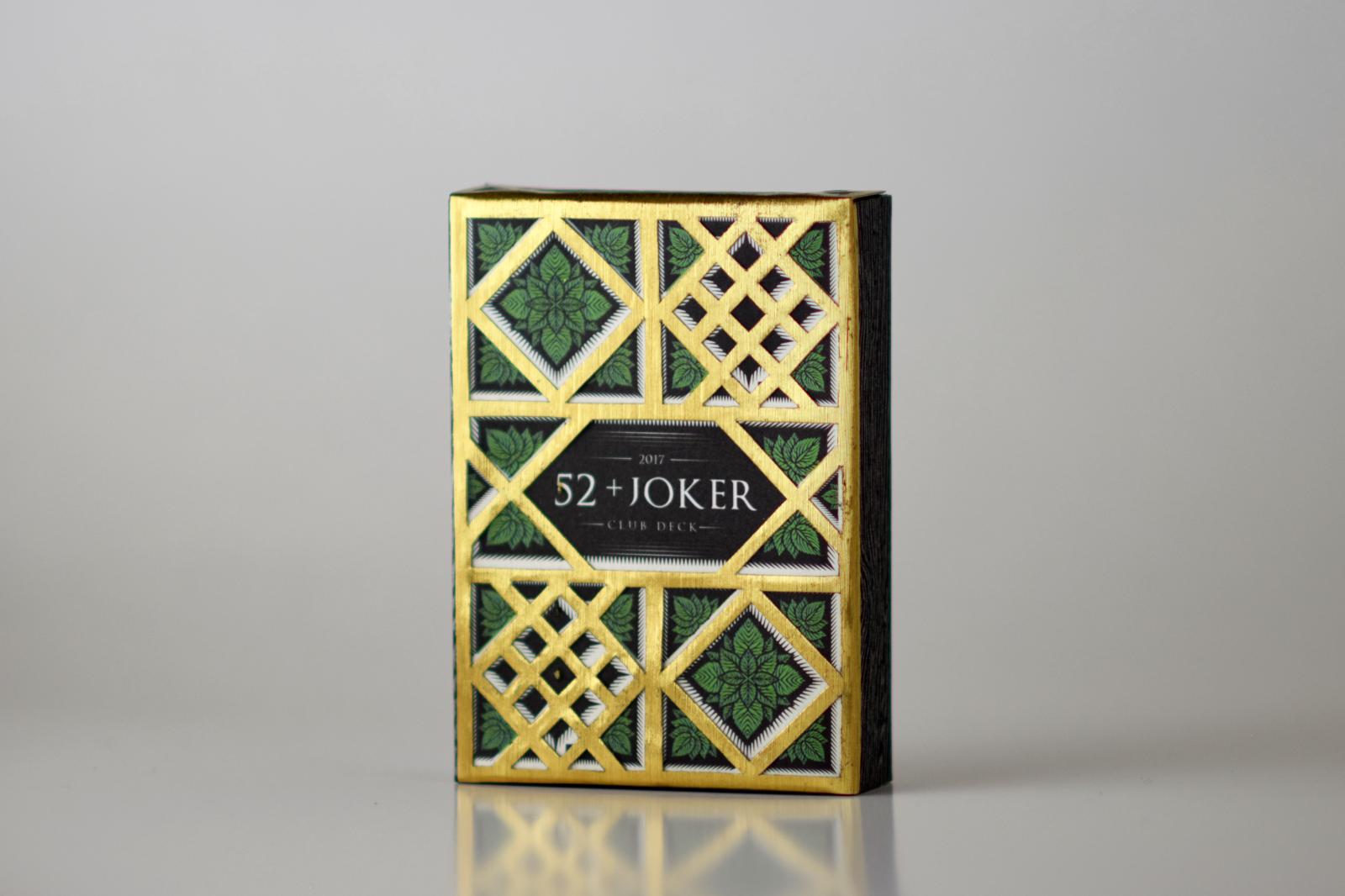 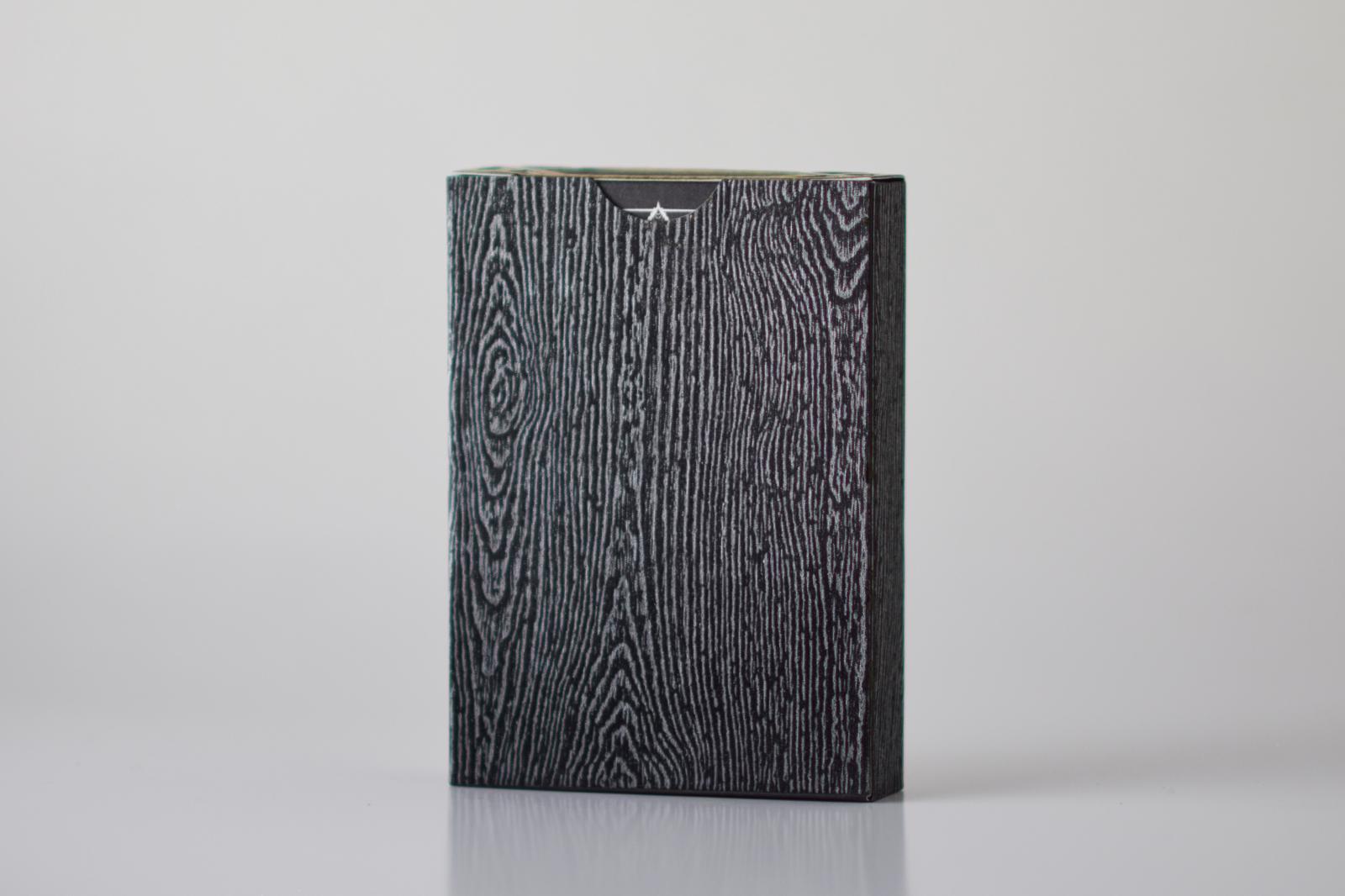 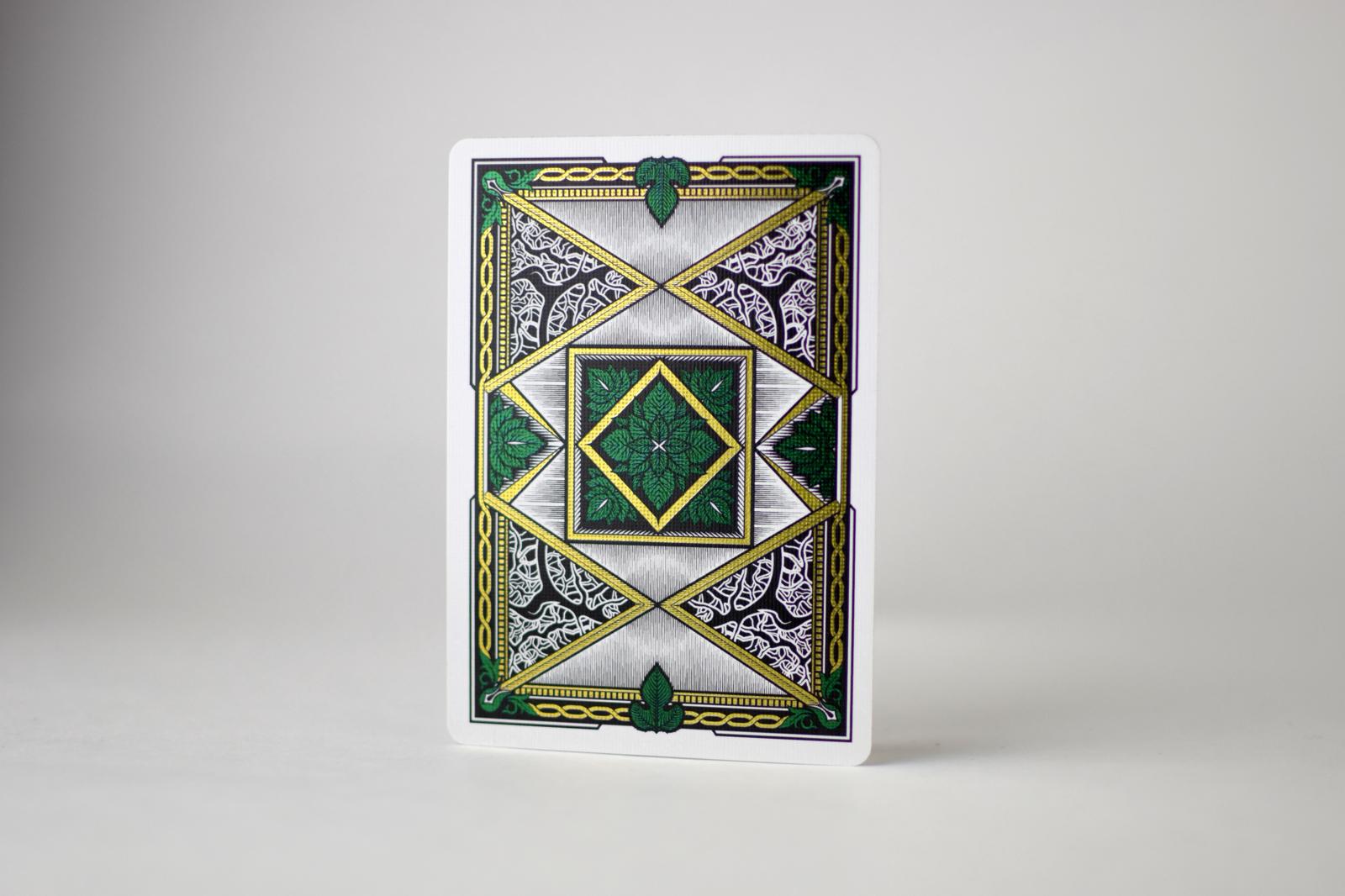 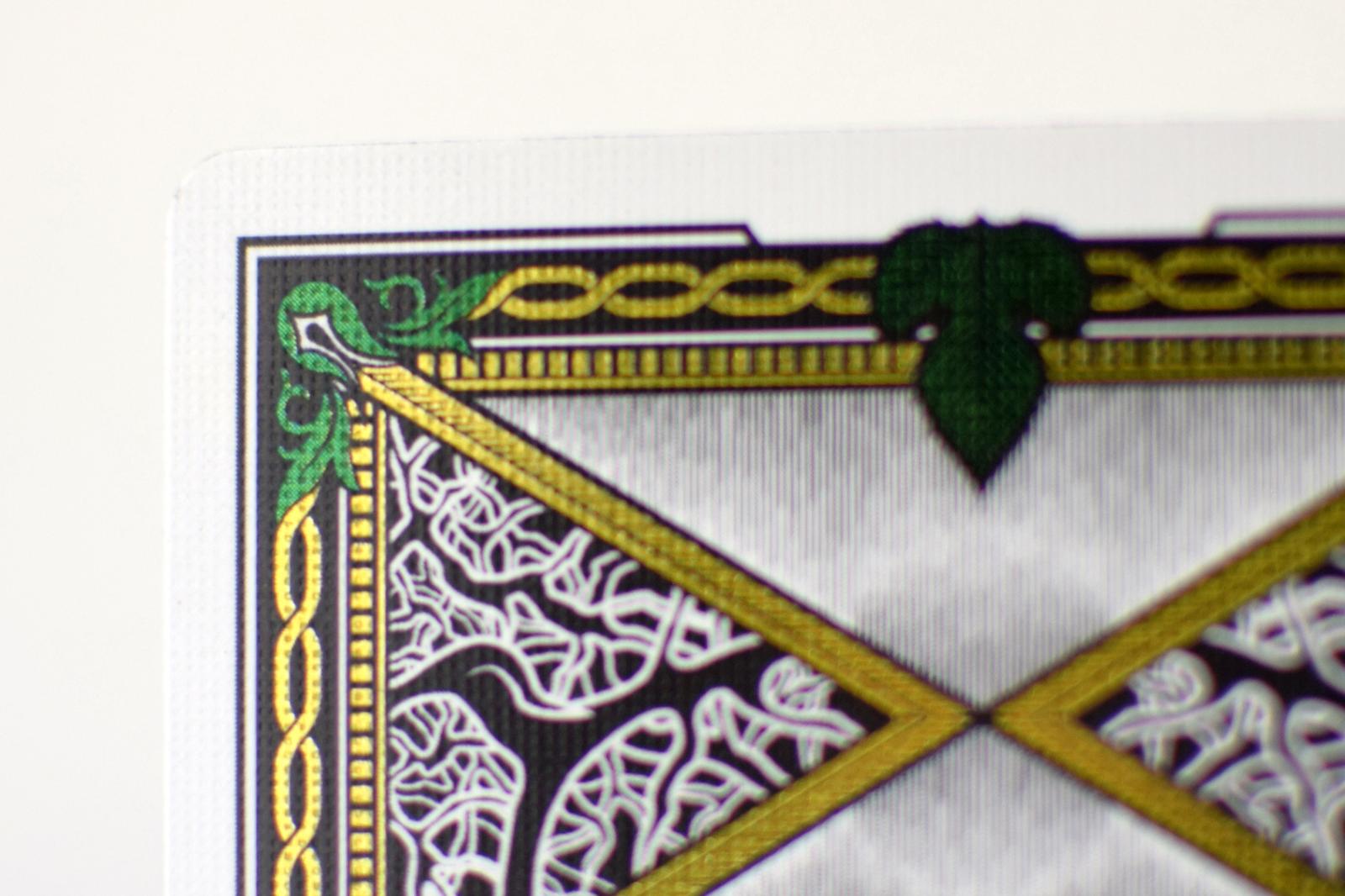 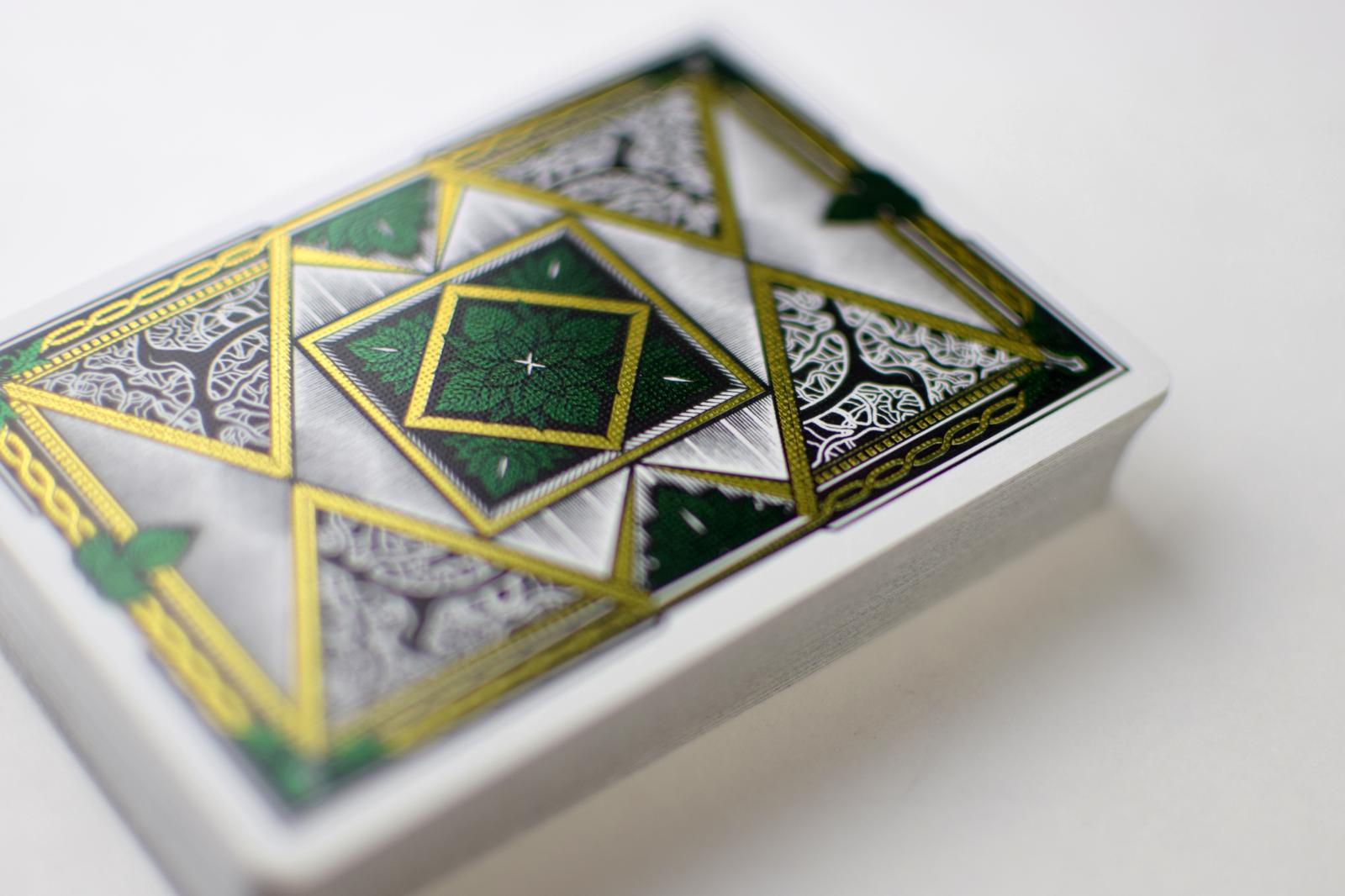 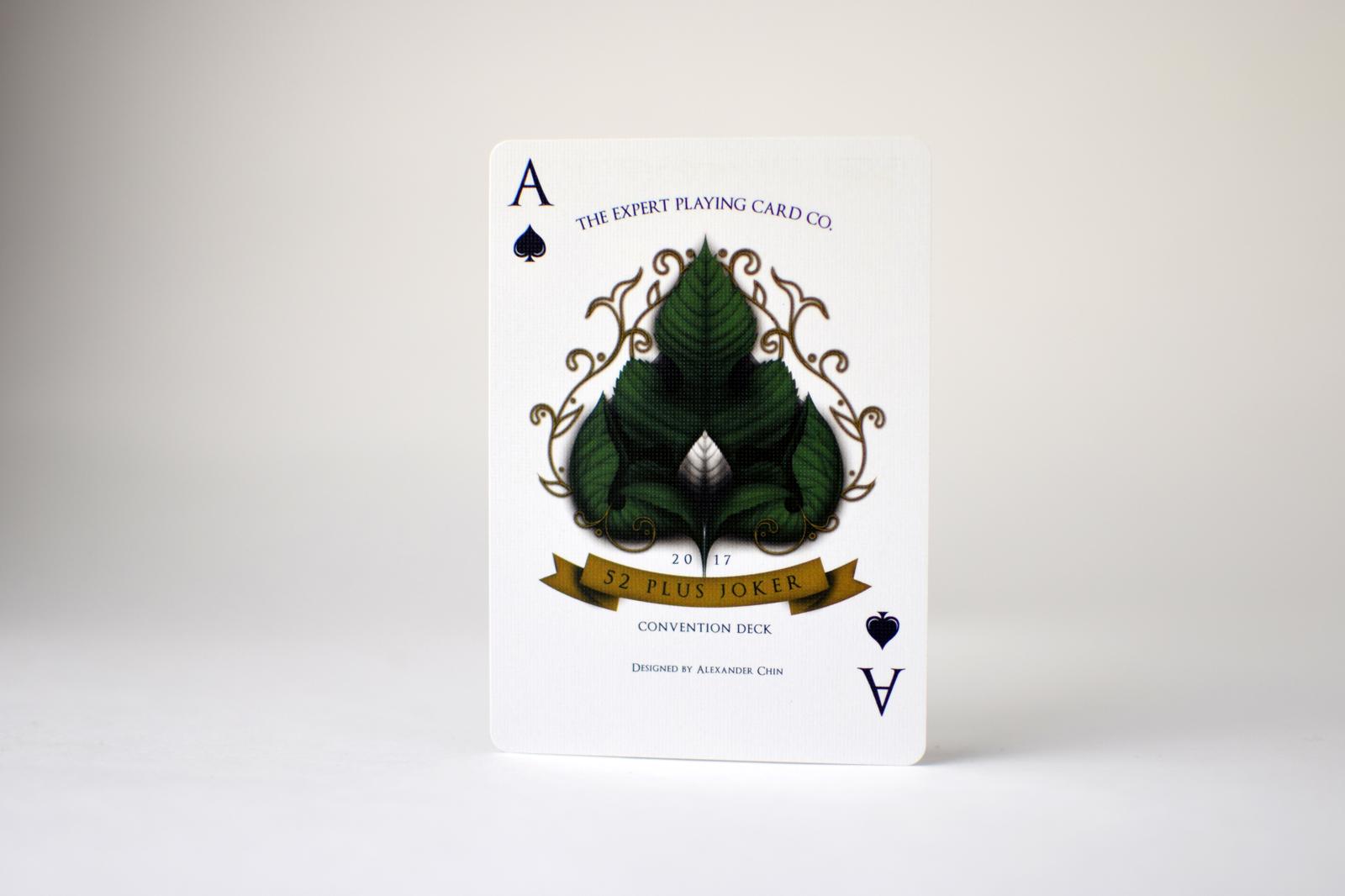 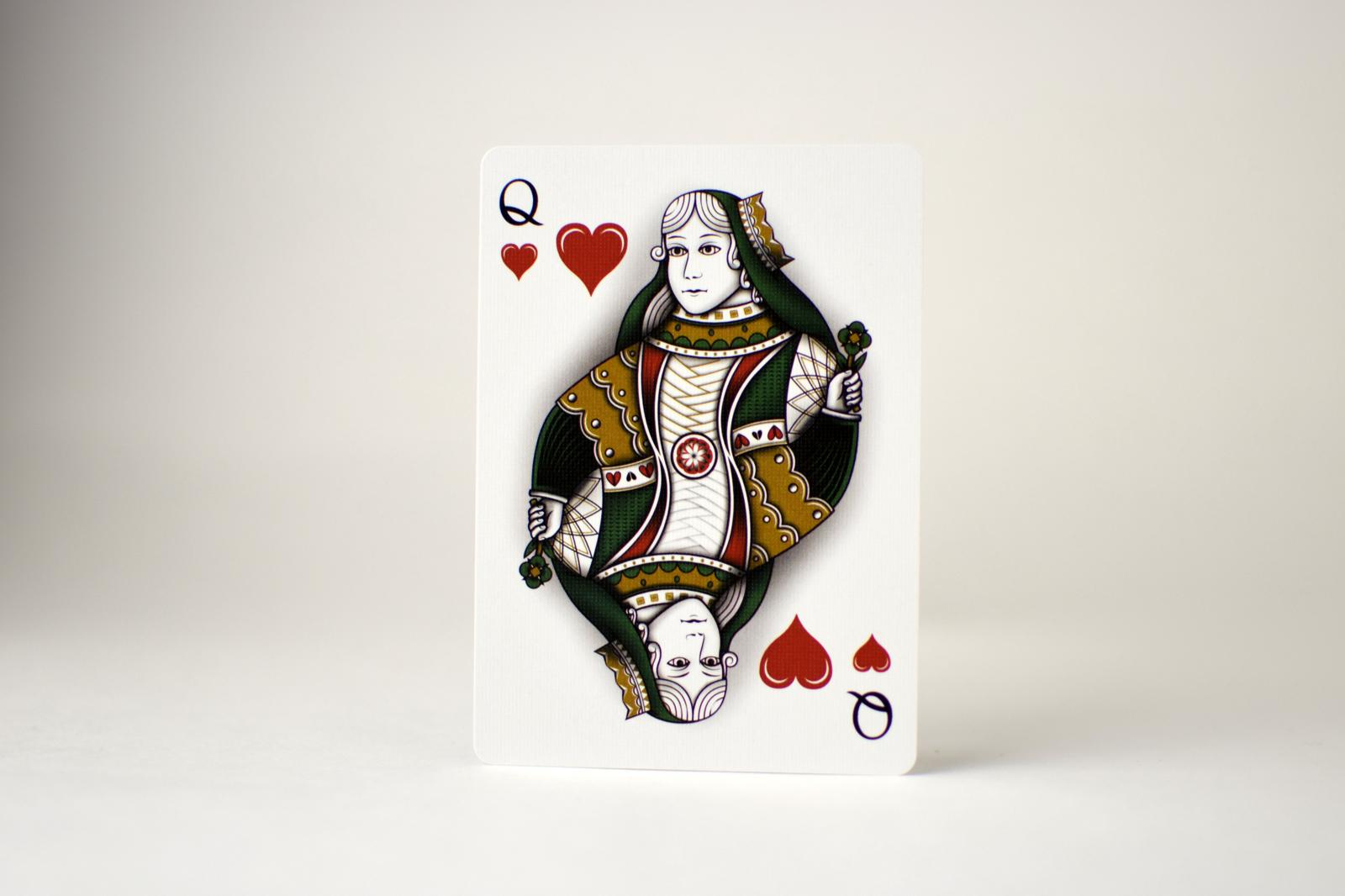 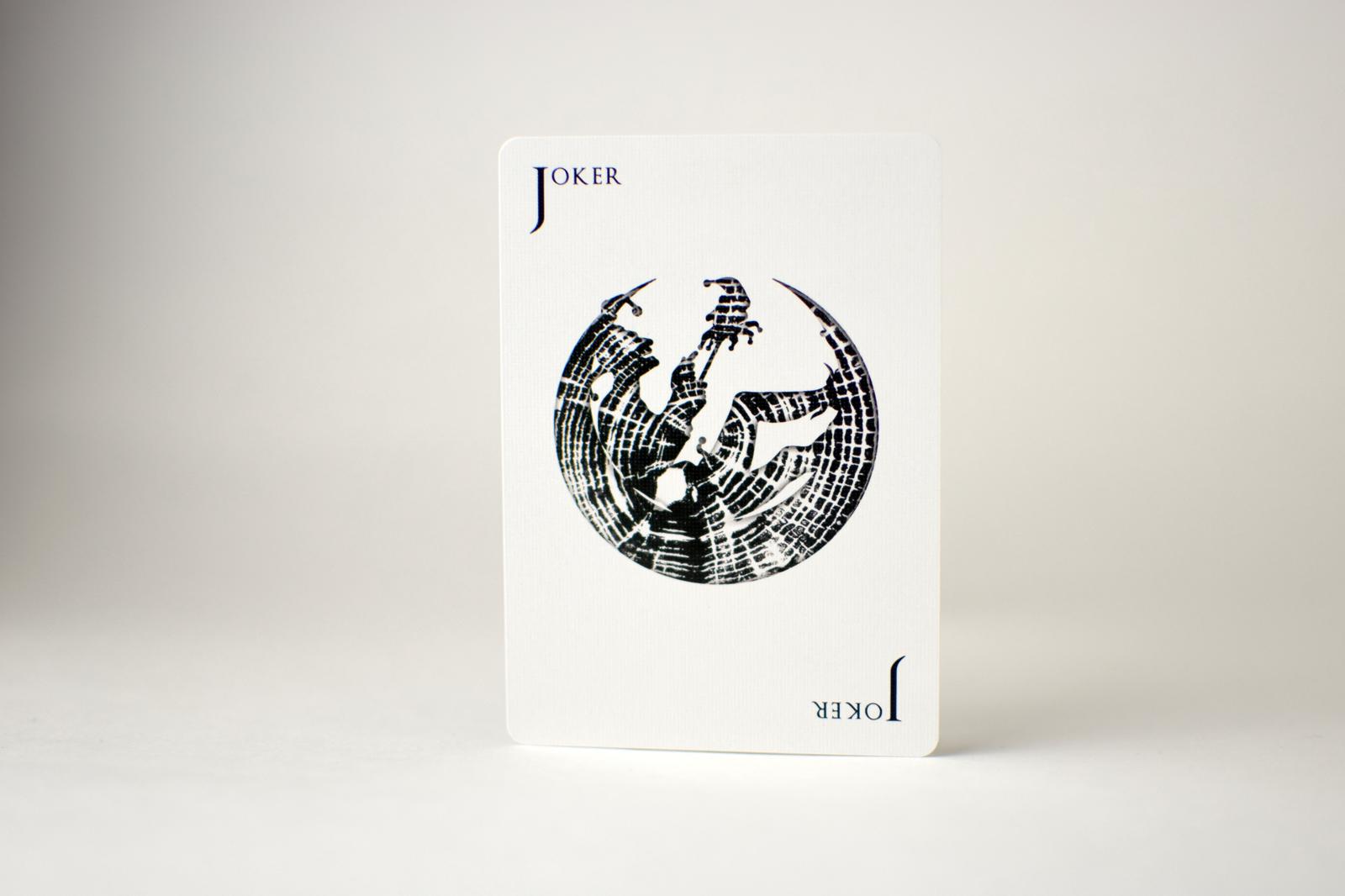 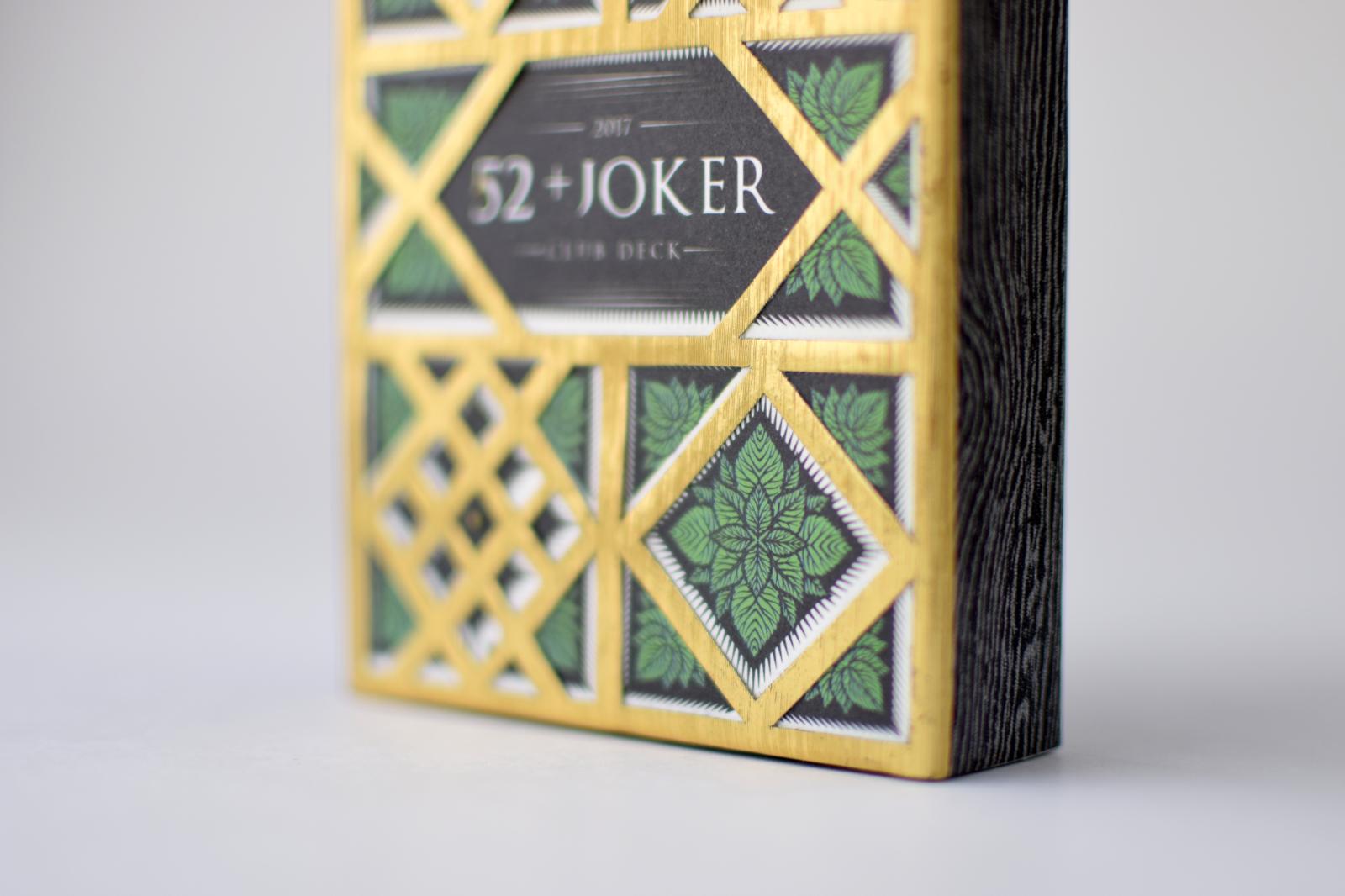 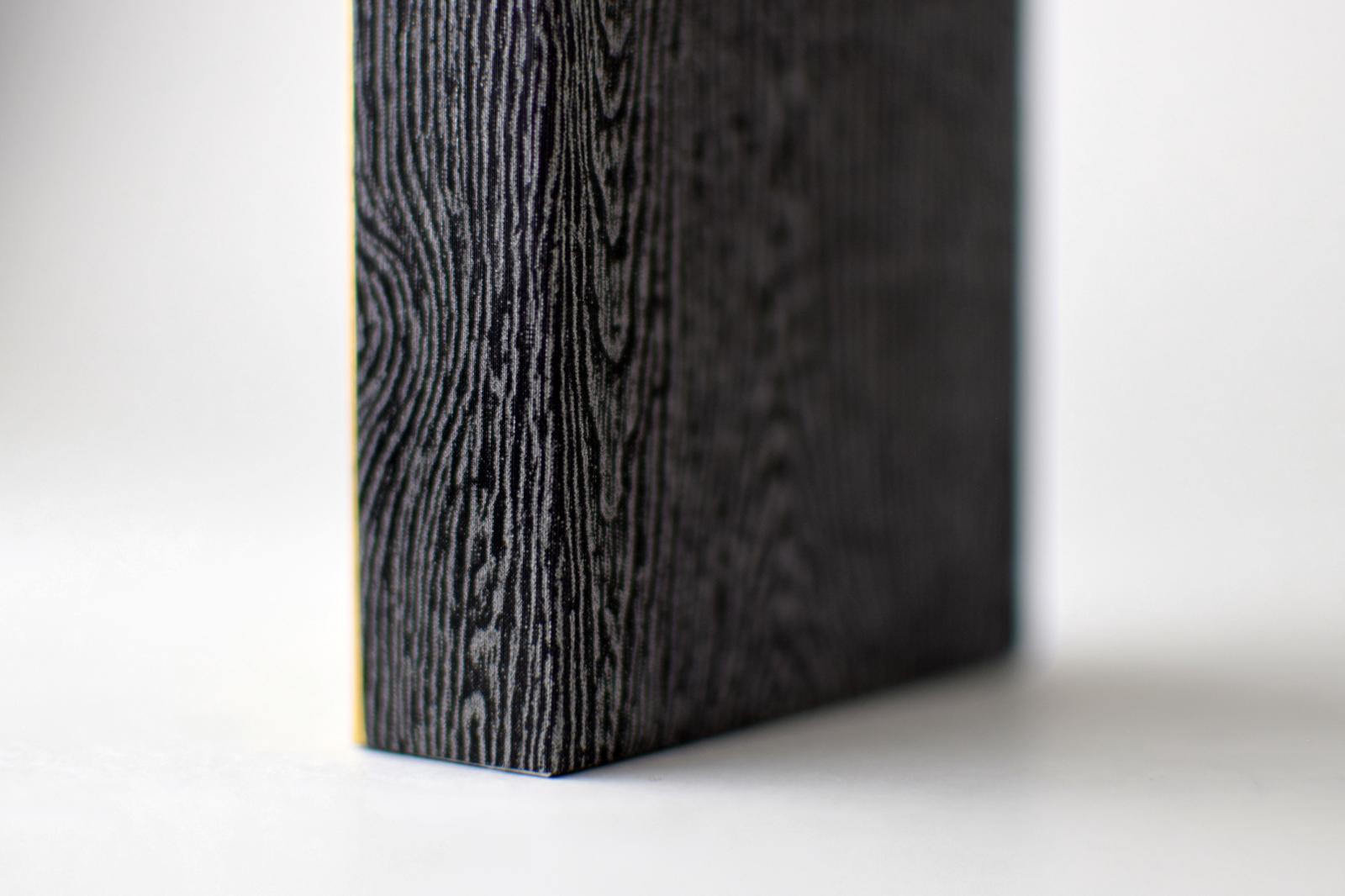 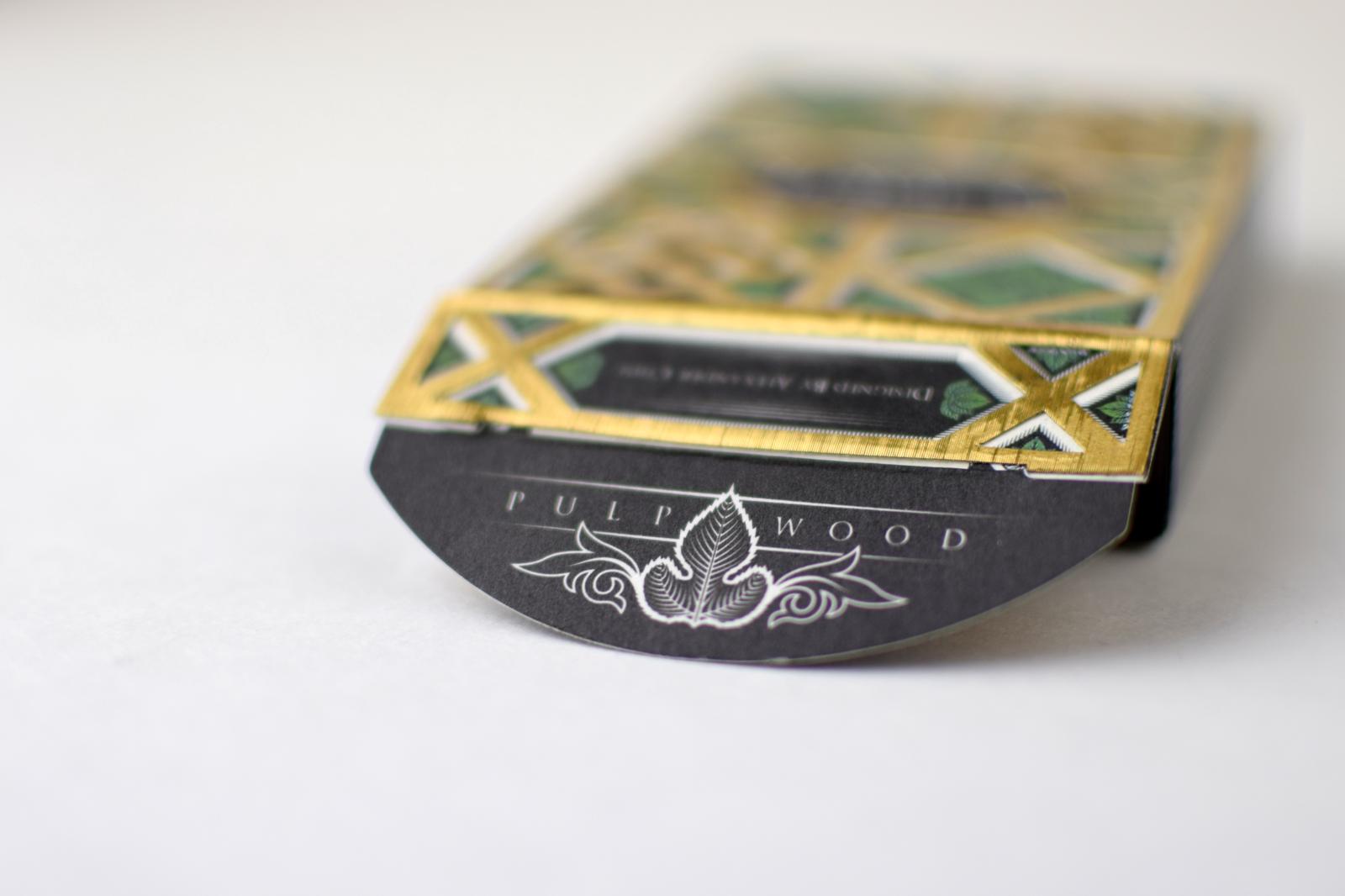 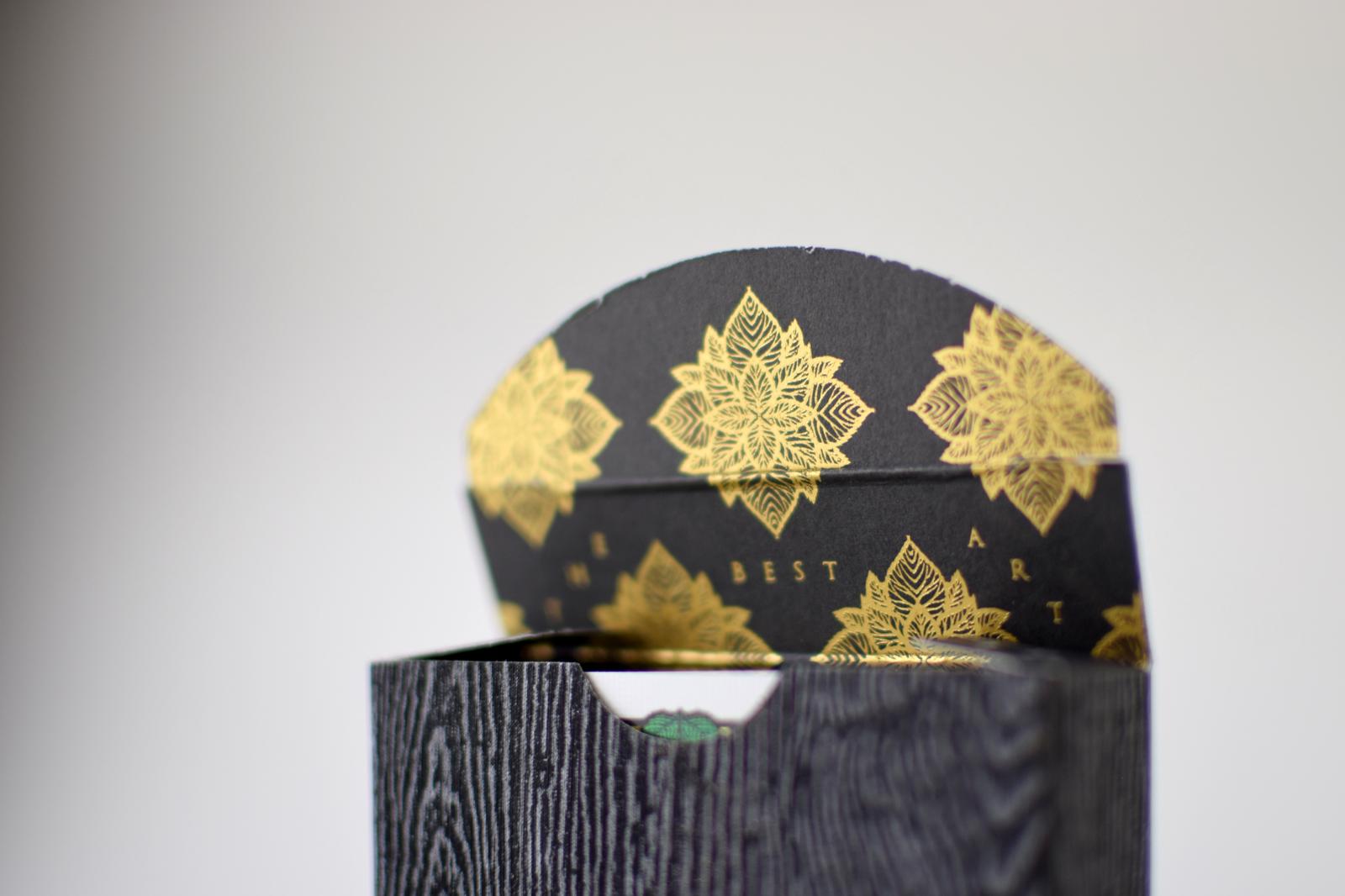 The stunning 52 Plus Joker Club Deck was unveiled by Alex Chin at 2017’s 52 Plus Joker annual convention in Enlarger, Kentucky. Meticulously crafted, this club deck is the fourth in the annual deck series.

This limited edition deck has been designed with the concept of pulpwood in mind. The idea of paper creation as a starting point to create playing cards has always intrigued Alex and this deck tells the story about it.

The luxurious box design features a Mulberry bark tree covering through 3 of the four sides. The unassuming design references the need to peel bark to create paper. The fourth side that faces out reveals a beautiful gold foiled latticework and a representation of the designs inside.

The face cards are fully custom. with the Ace of Spades featuring the Mulberry leaf and the Joker, a wood block stamp. The court cards feature the classic Seasons court cards in a green color that matches the color palette and the theme of the deck.  The back design features Expert Playing Card Co’s Perfecta Foil which allows for a two-color foil which turned out spectacular! The 2017 Club Deck is usually only available to members of the club. Previous club decks are almost impossible to find in the aftermarket and go for a substantial premium if available.

The 52 Plus Joker playing card collector’s club has been around for over 30 years and the members hold some of the finest and complete collections of playing cards from every period of history.