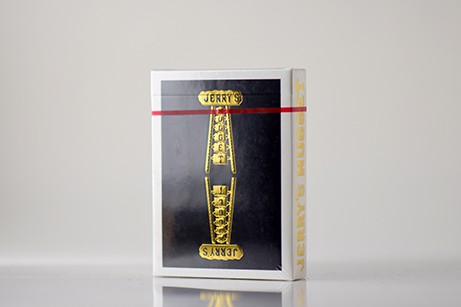 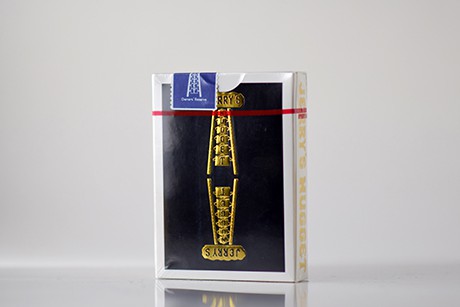 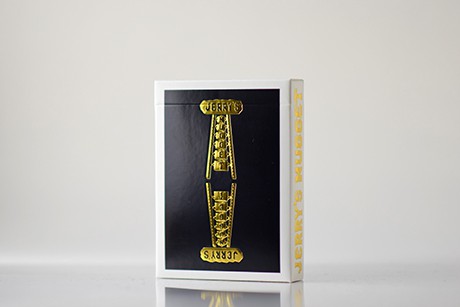 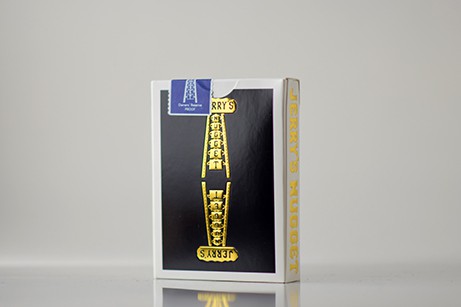 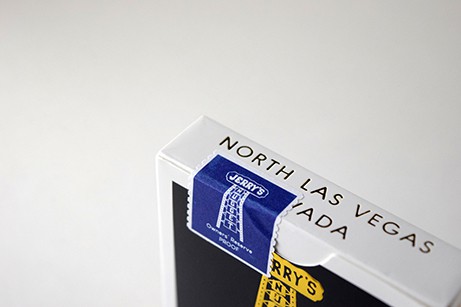 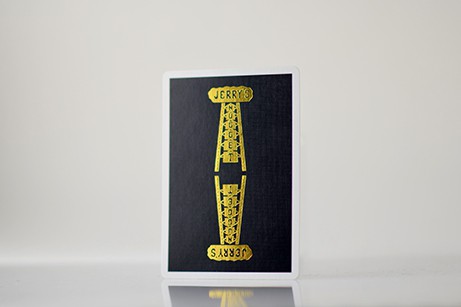 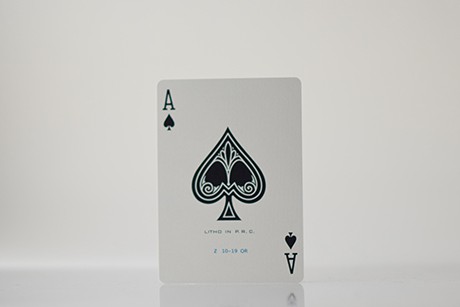 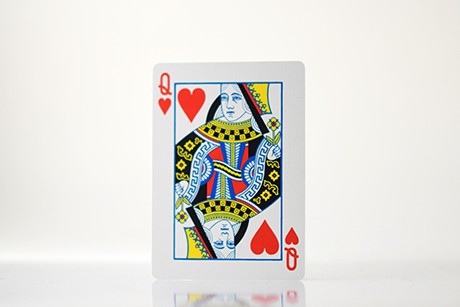 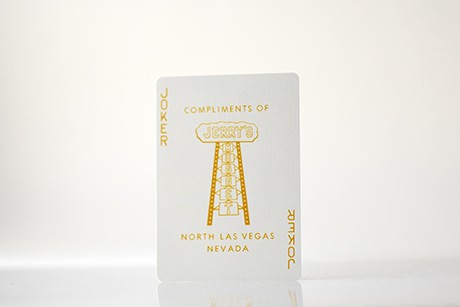 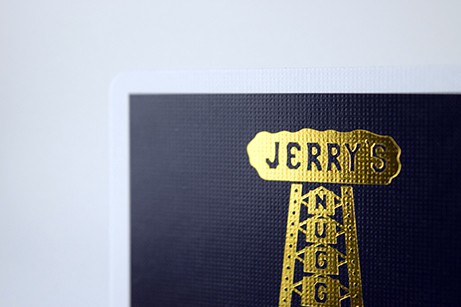 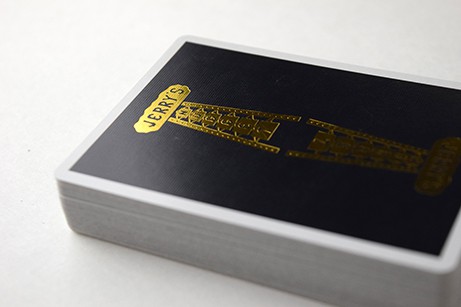 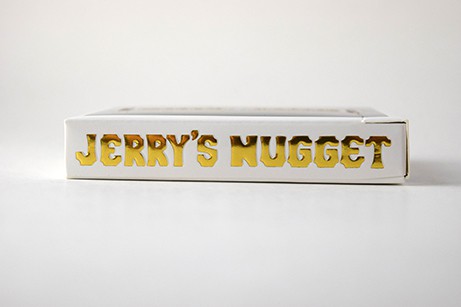 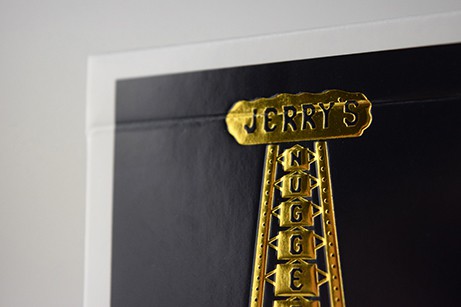 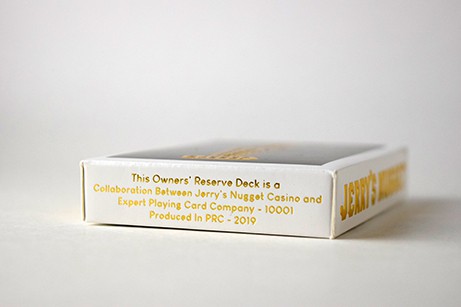 This extremely limited deck was made exclusively for the current owners of Jerry’s Nugget Casino, Joseph & Jeremy Stamis.  It features the classic Jerry’s Nugget tower design in hot stamped gold foil on a black background. Each deck is numbered with an off-centered tax stamp style seal. It is an edition of 500.